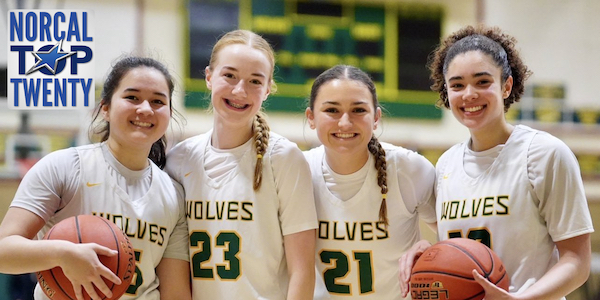 DROPPED OUT: No. 19 Monta Vista-Cupertino

Though it’s still January, postseason is right around the corner — which means the top teams are now more concerned with getting healthy and happy than testing themselves with tough non-conference games.

Which, in turn, means that league play, and the inevitable lopsided results, will dominate the MaxPreps’ schedules until the playoffs begin (Sac-Joaquin Feb. 13; North Coast, Feb. 14; Northern, Feb. 14; and Central Coast, Feb. 17).

Still, there are a couple interesting matchups this Saturday, beginning with Eureka and St. Bernard’s-Eureka, the two top teams in the northwest corner of the state. This crosstown rivalry between two teams with only six losses between them will definitely be worth seeing.

Saturday night, No. 11 Carondelet and No. 18 Pinole Valley square off at Alameda High School in a rematch of a game in early December that Carondelet won easily.

Pinole Valley is also coming off a loss to Antelope Saturday, but more important than the loss was the intrusion of a Pinole Valley parent onto the court three times during the game — naturally to berate the officials. Of course, the Pinole Valley staff was more than upset by this unacceptable behavior, but there’s nothing they can do when a fan goes off the rails. Eventually the police were called, and the game continued, but these kinds of incidents are one major reason it’s harder and harder to find officials. They aren’t paid nearly enough to endure the abuse, which is worse in basketball than in other sports, primarily because most parents and fans mistakenly believe they know the rules and how the game should be called.

One way to avoid these kinds of incidents is for fans to police themselves by making it clear to others who are rooting for the same team that abuse of the officials is not only bad for the sport and the school, but bad parenting. Storming onto the court to complain about a bad call in a high school basketball game is surely not the kind of behavior adults want their kids to emulate — and it takes everyone, coaches, players and fans, to keep these kind of ugly disruptions from occurring.