Keep Moving, Running Reflections on 15 Years of Miles and Trials 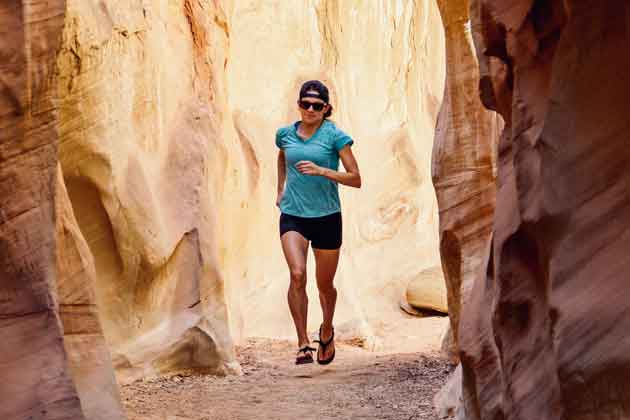 Running is about heart, resiliency, and a willingness to overcome adversity and keep moving.

Another agonizing workout on the track. Ten half-mile repeats. One more to go, but it feels like I’ve done a thousand. Will they ever end? As I lie on the ground gasping for air, my eyes winced painfully from the lack of oxygen. Ten seconds later, I hear Coach walking towards me. I knew what was coming: “Suck it up Pagano! No one told you this was going to be easy!”

I had qualified for the NCAA East Regional Championships in the 10,000-meter run. It was the highpoint of my career as a collegiate runner, but I was questioning the work required to prepare for the race at the end of my senior year. I couldn’t see past the daily workouts that now seemed too much to bear mentally, physically, and emotionally. Everything stayed hard, right to the end. Wasn’t it supposed to get easier?

In 15 years of distance running, I have come to understand that success hinges on our ability to keep moving forward, no matter the difficulty. Distance running does not allow us to cut corners. There is no easy way through it. Distance running requires physical and mental grit, day after day. Beginner or professional, it doesn’t matter. Whether dragging ourselves out of bed for a 6:00 AM run, pushing through the last mile of a race, or just trying our shoes, the same principles apply. Hard times offer two options: quit or keep moving. Keep moving. No matter how bad it hurts, embrace the pain. Pain is fleeting and pain is where progress meets accomplishment.

The last uphill was behind me. As I started to head downhill toward the finish line, Coach appeared out of nowhere, “Run down the hill Pagano!” Time and time again, Coach would say this, but I could never quite figure out his meaning. What else was I supposed to do? The course was marked, and you had to run down the hill. Why did he always say this? I finally realized that Coach didn’t have much to say, yet he needed to say something. He needed to encourage me to keep moving.

I want you to keep moving too. Running will take you down tough and winding roads, but it will never degrade, or judge you. The meaning it holds is the meaning you give it. So, give it all you’ve got. Don’t look back. Keep moving. Through sunshine, rain, and snow, make running your companion. Think of running as your spiritual sanctuary for meditation, reflection, and contemplation. Let running be the time and place for establishing goals, and visualize yourself achieving them. If you keep moving, running will be the same source of strength for you that is has been for me.

I was expected to win the 10,000-meter run for the Ohio Valley Conference Outdoor Track Championships. The gun went off and I thought of nothing but winning. One mile into the race, one of my competitors made a move. I kept stride with her, but two miles later I started to wonder where this speed demon had come from. With one mile to go, I felt my mental and physical strength slipping away. She had worn me out. Self-pity overcame me.

“What happened Pagano?” Coach said. “You better pull it together for tomorrow!” I had to face the same runner the next day in the 5,000-meter run. How would I ever make a comeback?

The Only Pace to Run

The next day turned out to be cold, rainy, and dreary. Warming up was painful and slow as the 36 laps from the previous day had left my shins swollen and throbbing. I trudged into one of the women’s locker rooms and found a quiet place. Sitting down on a bench, various game plans raced through my head. A chalkboard in the far corner of the room caught my eye. Something was written on it:

Feelings of nostalgia came over me as I read the quote by legendary Steve Prefontaine. At that moment, everything evaporated from my mind. The outcome of my race no longer mattered. What did, was knowing that I was going to be leaving the track that day having given my competitor the most brutal and relentless race of her life.

Success and failure are closely intertwined. In the whole sweaty, sloppy, tiring mess of running, victory is rarely what defines us. Permit the possibility of failure by embracing its inevitability. Failure holds the promise of transcendence, but to transcend we have to keep moving.

Running isn’t about luck, talent, or times. Running is about heart, resiliency, and a willingness to overcome adversity. Stepping into the unknown tests your courage to risk. Instead of asking yourself if you can, tell yourself you will. Achieving your dreams requires surpassing the limits you set for yourself and realizing your fullest capabilities.

We all face moments of self-doubt, but don’t give in to them. Keep moving. The greatest lesson in our failures is the realization that we can recover, learn, and grow from them. Coming to terms with failure has not only enriched my love for running, it has carried me through many other difficult times. What lessons await you in your running? Whatever they are, remember one thing. Keep moving.

Katherine has been a competitive distance runner for 15 years. Currently, she is a Ph.D. candidate at the University of Utah. Her passion for running continues as  a member of the Utah Elite Racing Team.