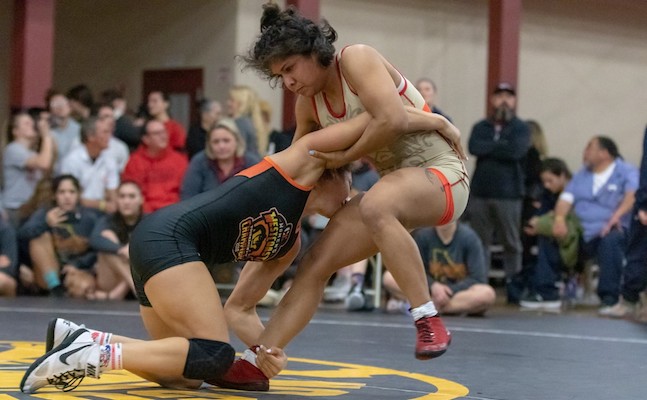 The Women’s West Coast Tournament of Champions Always Brings Top High School and College Wrestlers to Placer Valley. This year, the final to be held at Hardwood Palace, promises to be even bigger.

Placer Valley Tourism and Cliff Keen Wrestling are gearing up for the fifth annual Women’s West Coast Tournament of Champions (WWCTOC) on Dec. 20-21. The action-packed, two-day event takes place at Hardwood Palace in Rocklin and features both high school and college level athletes who are ready to leave it all on the mats.

They carry high hopes of being crowned champion of the WWCTOC!

“Last year we had nearly 600 wrestlers compete which is a huge accomplishment considering this was a homegrown, grassroots event. Initially it was created because we wanted to give these female athletes their chance to shine,” stated WWCTOC Tournament Director Don Martinez, III. “It has been exciting to see this tournament grow and truly become the number one, all-female wrestling tournament in the West!”

“This will be our last year at Hardwood Palace because we’ve simply outgrown the facility. In 2020 we will move to the Placer Valley Event Center @the Grounds in Roseville,” Martinez added. “With room to grow we plan to add a middle school division plus increase the college showcase portion of this amazing tournament.”

For December, the WWCTOC promises some serious wrestling match-ups with nearly 80 schools scheduled to compete.

Powerhouse schools competing include Northview, Albany, Pittman, Tokay and local standout Del Oro High School. Several colleges will be competing and there will be college coaches recruiting throughout the tournament.

On Friday, Dec. 20 the college duals start at noon and high school varsity hits the mat for folkstyle rounds at 4 p.m. On Saturday, Dec. 21 high schools (JV and Varsity) will begin at 9 a.m. and the college open competition starts at 10.

Spectator are just $10 adults and $5 for kids. Mark your calendars and come see these elite female athletes rumble in Rocklin at the WWCTOC!