Player Of The Year, Iimari Thomas of Sacred Heart Cathedral-S.F., Headlines Our Top 15 Players From 2016-17 •

There’s a computer program buried deep in the bowels of the massive MaxPreps’ database of girls high school basketball teams, and it churns through the wins and losses — and margin of victory — of every team in the country. One of the numbers it spits out is strength of schedule, which can range from as low as minus-28.0 to as high as 31.8.

The digits, of course, don’t mean much by themselves, but the range is impressive, especially considering there are 18,738 teams involved. You probably didn’t know that Learning for Leadership of Minnesota had the weakest schedule in the country, and only if you’re a Sacred Heart Cathedral diehard — and maybe not even then — did you realize that SHC played the most difficult schedule in the entire country.

Stop to think about that for a minute. Out of every team, more than 18,500 of them, not one, not one single school, played better teams night in and night out than San Francisco’s Sacred Heart Cathedral. SHC more than held its own, going 18-9 and qualifying for the NorCal Open Division playoffs (note all nine of those losses came to teams that also played in the Open Division in postseason).

All of the above is a long prelude to introducing IImar’I Thomas, she of the unusual first name and unlikely build for basketball stardom, as the SportStars NorCal Player of the Year. The Cincinnati commit’s numbers, against that schedule, with that kind of team success, are truly remarkable. Maybe they’re not dazzling, like Destiny Littleton’s 42.7 points per game against much weaker opposition, but 25.0 points and 13.4 rebounds a game against that level of competition is an amazing feat.

Don’t forget that Thomas isn’t a 6-4 behemoth who dominates with size, or a slithery 5-10 wing who no one can stay in front of. She’s a versatile beast of a player at 6-1 who everyone knows wants to go to her right hand but who no one can stop — and don’t forget that opposing defenses did nothing but focus on her, since her highest scoring teammate averaged just 6.9 points.

“Her IQ is off the charts,” says coach LyRyan Russell. “She’s constantly thinking the game.”

“I prepare by watching film and seeing where I can attack,” says Thomas. “The most fun is being able to switch it up. If someone is smaller, I post them up; if they’re bigger, I go around.”

Regardless of how good they were, she still proved herself the best. 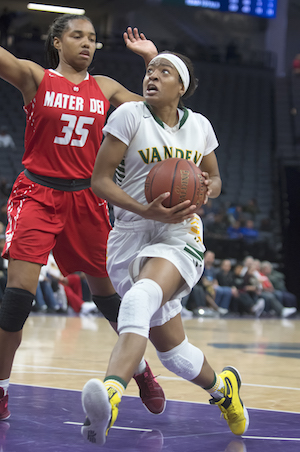 JULIA BLACKSHELL-FAIR
Wing | Vanden-Fairfield | 5-10 | Senior
WHAT SHE DID: All Blackshell-Fair did was spark an incredible comeback in the state title game against Mater Dei-Santa Ana by dominating the fourth quarter — capped with a steal and layup to give Vanden a lead it never lost. She also engineered a comeback win over Miramonte in the NorCal Division II final. The Houston-commit averaged 16.4 points, 10.4 rebounds, 4.7 assists and 4 steals. 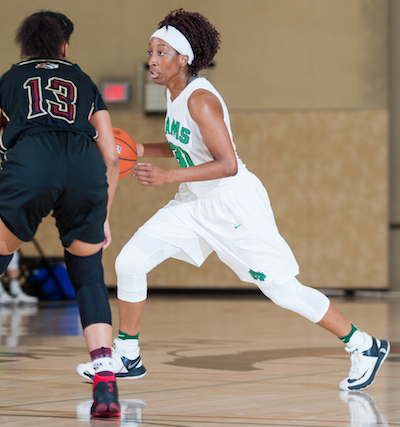 AQUIRA DECOSTA
Post | St. Mary’s-Stockton | 6-2 | Junior
WHAT SHE DID: DeCosta might well have been Player of the Year had she not missed nine games, but the fact that she came back barely a month after knee surgery to help St. Mary’s win the Sac-Joaquin Section Div. I title and reach the semifinals of the NorCal Open playoffs added luster to her impressive 18.0 points and 12.5 rebounds a game. 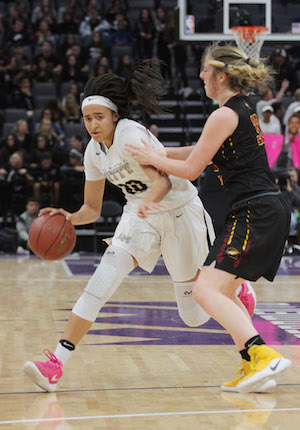 HALEY JONES
Wing | Archbishop Mitty-San Jose | 6-1 | Sophomore
WHAT SHE DID: One of the top sophomores in the country, Jones shared the court with a host of Div. I talent and so “only” averaged 15.3 points a game. But consider that she shot an amazing 62 percent from the field and 43 percent from beyond the arc while helping her team to the NorCal Open championship game, and the top-shelf national reputation starts to make more sense. 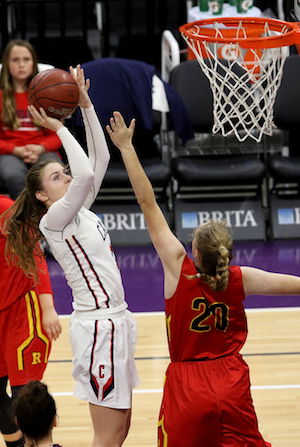 HALEY VAN DYKE
Post | Campolindo-Moraga | 6-0 | Junior
WHAT SHE DID: Unlike many elite players who have been on the radar since elementary school, Van Dyke didn’t get serious about basketball until eighth grade. But as her 23.9 points, 15.4 rebounds, 4.9 steals, 3.8 assists and 3.5 blocks a game show, she made up for lost time pretty quickly.