All-NorCal20 Basketball37
Woodcreek-Roseville’s Jordan Brown Was A Slam Dunk Choice As NorCal Player Of The Year • As the final quarter of California basketball for the...

As the final quarter of California basketball for the 2016-17 season ticked away, and Bishop Montgomery-Torrance mustered just enough moxie to eventually hold off Woodcreek-Roseville 74-67 in the CIF Open Division state final, it was easy to draw two conclusions.

And Woodcreek center Jordan Brown was the best player on the floor.

The latter conclusion won’t come as a shock to NorCal basketball fans, as Brown began casting a rather large footprint in the region as early as his freshman year at Woodcreek. In a game befitting of one of the top 5-ranked juniors in the country, the 6-foot-11 center scored a game-high 35 points and added 17 rebounds in the losing effort to Bishop Montgomery. An effort he accomplished in spite of the Knights’ concerted efforts to slow him down.

“He was really skilled,” Bishop Montgomery forward Jordan Schakel told the L.A. Times following the state final. “He’s probably faced double-teams before. We just kept fighting.”
Brown was no stranger to double teams, but he still figured out different ways to beat them. He finished his regular season averaging 26.3 points, 15.8 rebounds and 2.1 blocks a game. And in addition to his state finals performance, he also scored 31 points and hauled in 17 rebounds as the Timberwolves erased a 10-point fourth-quarter deficit to beat Sheldon-Sacramento in the

NorCal Open Div. final. Couple all of those numbers with his leadership of a 32-3 NorCal champ, and Brown was an easy choice for the honor of SportStars NorCal Player of the Year.

“Jordan is a standout in the classroom, on campus and on the court,” Woodcreek coach Paul Hayes told SportStars for a Brown profile in its February issue. “He is humble and a hard worker. His maturity on the floor is unbelievable. He gets a lot of physical contact and just plays through it.”

Brown was able to play through the recruiting noise as well. He remains undeclared while weighing offers from Kansas, Arizona, UCLA, Oregon, Stanford and Cal, as well as others. That will take more of a front seat over the summer before he turns his focus to one final season with Woodcreek, and a relentless pursuit to get the Timberwolves back to the state final.

He won’t be sneaking up on anyone. And it probably won’t matter. 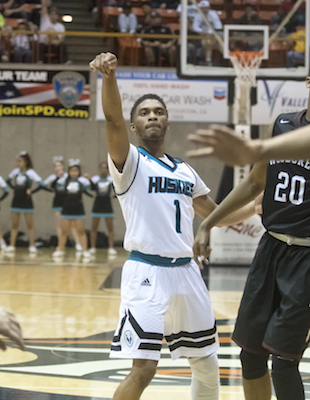 ELISHJA DUPLECHAN
Guard | Sheldon-Sacramento | 5-10 | Senior
WHAT HE DID: Duplechan was the lighting rod that powered a Huskies team that went 30-4 and finished runners-up to Woodcreek in both the Sac-Joaquin Section Div. I and CIF Northern Regionals Open Div. tournaments. He averaged a team-best 18.6 points per game to go with 3.8 rebounds, 3. 7 assists and 1.8 steals. 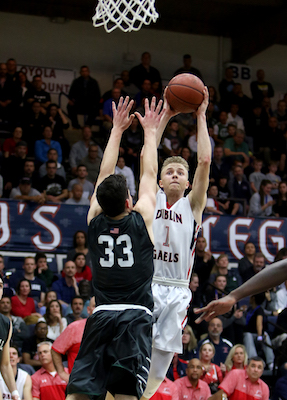 TIM FALLS
Guard | Dublin | 6-2 | Senior
WHAT HE DID: The Montana-bound guard could affect a game in so many ways for the 29-win Gaels team. Falls had team-leading averages in points (15.3), assists (3.5), steals (2.7) and blocks (1.0). Falls recorded five steals in a game on five separate occasions during the season. 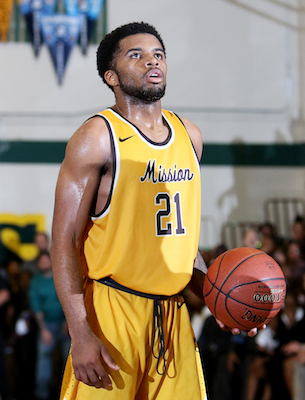 NIAMEY HARRIS
Forward | Mission-S.F. | 6-2 | Senior
WHAT HE DID: Harris was the heart and soul of the Bears’ historic CIF Div. III state championship team. His per-game averages of 16.3 points, 5.9 rebounds, 2.9 assists and 3.6 steals were all team-bests. In the state final, he led all scorers with 31 points and tacked on six steals. 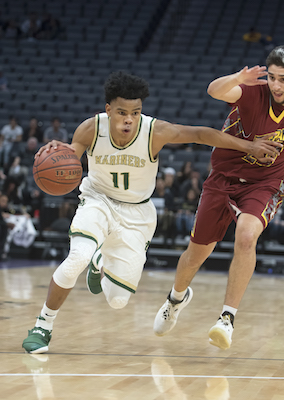 DAMARI MILSTEAD
Guard | Moreau Catholic-Hayward | 6-2 | Senior
WHAT HE DID: The four-year starter will likely go down as the most decorated and accomplished player in Mariners history. He finished with over 2,300 career points in 121 games played and led Moreau Catholic to two state finals appearances. In his senior year he averaged 25.8 points, 3.6 rebounds, 4.8 assists and 3.1 steals. He’ll join former Mariners teammate Oscar Frayer at Grand Canyon Univ. in the fall.