Writing Down A Dream

Woodward quickly describes the final scene of her high school track and field career when pressed about the “ideal script” for the 2017 CIF State Track and Field Championships.

“It’s me wearing that speed suit in the starting blocks lined up against incredible competition, and getting the times that I want to achieve,” she says. vividly envisioning the stadium at Buchanan High School in Clovis. “And it ends with me remaining on top with a crown on my head and retaining my title.”

Like most creative writers, Woodward has a vivid imagination that crafts fictional tales for the entertainment of others. But the fairy tale ending to her high school track and field story is much closer to reality than any superhero or legend that she creates in her mind. Vacaville hurdler Jurnee Woodward is a superhero on the track and racing toward becoming a legend.

“She has shown growth and maturity in high school,” said Jurnee’s mother, Da’Fona McClain Jackson, of her daughter’s athletic development. “She has taken on the responsibility of owning her results and putting in the work to achieve her goals.” 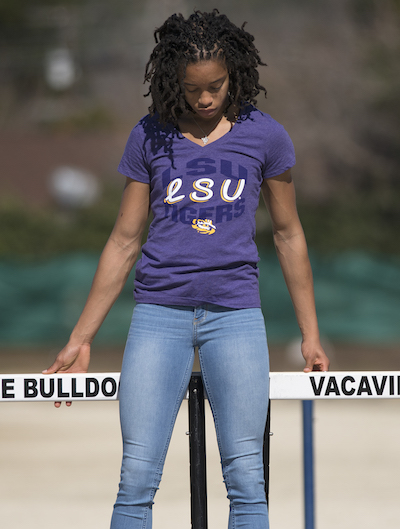 “It went from me and her coaches saying, ‘You can do it’ to her turning the corner and saying, ‘I can do it.’”

What Woodward has done at the high school level is beyond impressive and approaches incredible. She is the two-time defending Division I and Sac-Joaquin Section Masters champion in both hurdles events, and the defending state champion in the 300-meter hurdles. During the last two seasons, Woodward has recorded top-10 national times in both events and run against top competition in prestigious invitational meets up and down the state and in other parts.

She won the 300 hurdles at the Texas Relays in March and most recently won the 300 and finished second in the 100 hurdles at the Sacramento Meet of Champions. Although the second-place finish to El Cerrito’s Kaylah Robinson may seem like a minor setback, both Robinson and Woodward broke the meet record in the event.

“My goals for this season are mostly time-based,” Woodward said prior to the Sacramento Meet of Champions event. “I want to run a 39-second 300 and get my time down from 13.5 in the 100.”

“I definitely want to keep my (state title) in the 300, but my focus has been on getting the times that I am working for.”

Woodward’s work ethic and training focus can be traced back to middle school, when she first decided to focus solely on the hurdles. She had previously been a dedicated soccer player and got her start in track as a high jumper.

As an eighth-grader, Woodward attended the CIF State Championships to watch Vacaville hurdlers Daria Cook and Pattriana Perry. Cook was the SJS Div. I and Section Masters champion in the 100 hurdles and Perry had won the Div. I and Section Masters titles in the 300 hurdles that year. While neither Bulldog took home a state championship that weekend, Woodward took home a burning desire to not just be the next great Vacaville hurdler, but the best in the state.

“After I watched Pat and Daria, I knew that I wanted to be down there on the track,” Woodward recalled. “I knew that if I could train with them, then I could progress and get better like them.” 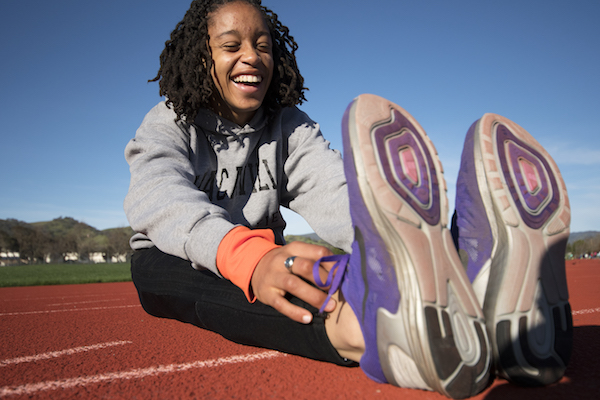 While she took a backseat to Cook and Perry as the newcomer her freshman year — she finished third behind her teammates in the 100 and second behind Perry in the 300 hurdles in 2014 — Woodward stepped into the spotlight as a sophomore and continued the Vacaville hurdling tradition. As good as Cook and Perry were, they knew that the next-in-line would exceed their accomplishments and break their school records, with Perry once telling Woodward that she was “a different breed.”

The recognition of Woodward’s greatness has extended far beyond Solano County, the Sac-Joaquin Section and the state. She has competed in Junior Olympic meets and got the attention of numerous top-tier college track and field programs. When it came time to make a choice as to where to continue her hurdling and education, Woodward eventually narrowed her choices to Oregon, Georgia, and LSU before revealing her choice to become an LSU Tiger.

Woodward’s excitement to head to the South is apparent as LSU has one of the nation’s top track and field programs, and she will be able to further pursue her passion for film and screenwriting.

“It was a tough decision for us more than for her,” McClain Jackson said of her oldest leaving her mother and younger sister, Jaxin. “But I feel that she made the best decision for her athletic and academic careers. She can move forward in both of her passions.”

Jurnee’s passion for writing and film came from a love of comics, which she still collects and enjoys. The continuing storyline of comic book series is what has drawn her to writing for TV and film. And the same progression of learning before taking center stage is at the root of her academic and career goals. 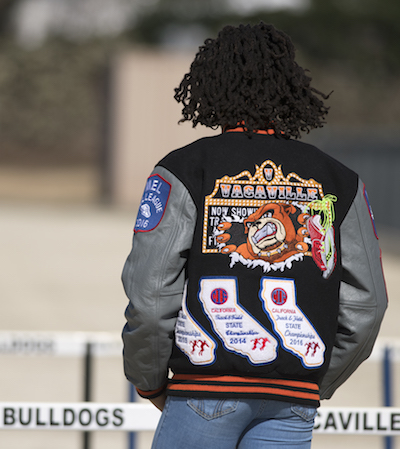 “I want to pursue screenwriting and I like developing the depth of a story throughout a (TV series) season over the story arc of a movie,” she said. “But I want to learn everything behind the camera before I step out in front of the camera and try to sell myself.”

Woodward has found a balance between track and writing that helps her “de-stress,” but she has also incorporated some of her passion for writing and comics into her track routine and career. She has appropriately adopted the character of “The Flash” as her track persona, envisioning herself getting her power from the Flash’s “speed force” to help carry her to the finish line first.

With a new speed suit that she acquired before her final high school season, Woodward has continued to run past the competition like a comic book hero with super speed, but she knows nothing will be handed to her, and her focus must be on the present before looking ahead to college and career.

“I had some difficulty right after signing (in December), and had to reign myself in a little for track season,” Woodward said. “My focus is on finishing this season out strong.”

There will be time for the next scene or act, but for now Woodward will go with the flow and continue to write her athletic and academic story.