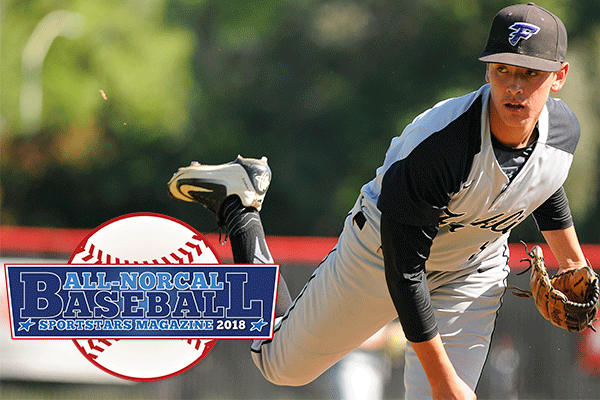 We Wrap Up The 2018 Season With Our All-NorCal Baseball Teams, Led By Player Of The Year Evan Gibbons And Pitcher Of The Year Joshua Seward •

NORCAL BASEBALL PLAYER OF THE YEAR

NORCAL BASEBALL PITCHER OF THE YEAR

PITCHERS
Joshua Seward | Archbishop Mitty-San Jose | Sr.: Our NorCal Pitcher of the Year dazzled the region’s best league (West Catholic). He went 10-2 with a save and 0.76 ERA in 74 innings.

Patrick Wicklander | Valley Christian-San Jose | Sr.: Arkansas-bound lefty went 7-3 with a 1.70 ERA. He posted 95 strikeouts over 70 innings and had an 18-strikeout no-hitter.

Albert Hsiao | Leland-San Jose | Sr.: Missed three weeks due to injury and still batted .409 with 14 RBI. Will head to Washington in the fall.

Cole Elvis | Vacaville | Sr.: Moved behind the plate for his senior season and helped lead Bulldogs to their first SJS Div. I title with 29 hits and 28 RBI in just 24 games.

Nick Yorke | Archbishop Mitty | So.: Was awardedWest Catholic Athletic League Player of the Year after batting .494 with 30 runs scored. Twenty of his 39 hits went for extra bases.