Top tennis players from throughout Northern will be competing in levels 6.0 up to 10.0. 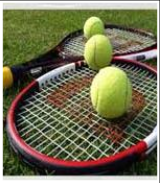 Matches start at 8:30 a.m. each day of competition and there is no fee for spectators. So come check out the action! Johnson Ranch Racquet Club is located at 2600 Eureka Road in Roseville.

This year’s event has drawn the top teams from throughout Northern California. The teams, which represent various clubs, parks, recreational departments and organizations, which have won their local leagues and are now competing for a chance to represent the USTA Northern California Section at the USTA League National Championships, happening November 9-11, 2018, in Mobile, AL.

According to Lynn Losande, USTA’s Adult League Manager, “73 teams will be competing over the weekend and well over 800+ players.” 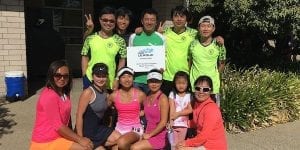 USTA League was established 37 years ago to provide adult recreational tennis players throughout the country the opportunity to compete against players of similar ability levels.

Players participate on teams in a league format, which is administered by the USTA through its 17 sections.

USTA League, the United States’ largest recreational tennis league, helps hundreds of thousands of participants get on the court, have a good time and step up their game.

Take part in the fun for an unmatched team experience!

For information on our partners at Placer Valley Tourism, (PVT) is made up for the 23 hotels in Roseville, Rocklin and Lincoln, California.

PVT recruits and supports hundreds of annual events with grants, marketing, volunteers and other services as needed. To learn more about how PVT can help bring your event here, visit www.playplacer.com or call 916-773-5400.