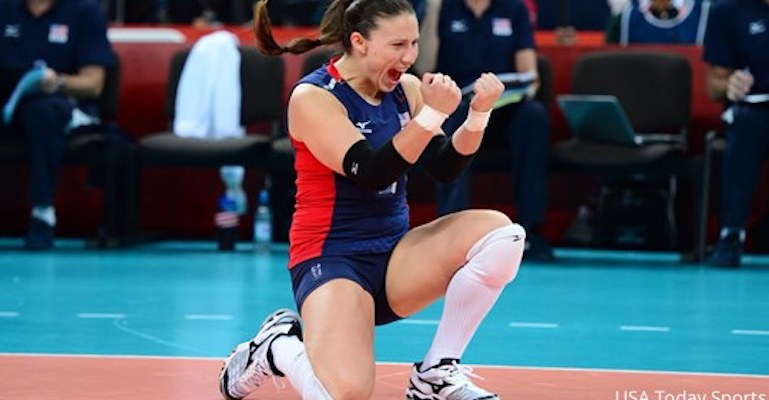 Be the Best Setter in Volleyball

Cuore Project5 Girls Volleyball20 NCVA42 Ticker623
Being the Best Setter in Volleyball Means Knowing the Game Have you ever thought about how many points are lost during the course of...

Being the Best Setter in Volleyball Means Knowing the Game

Have you ever thought about how many points are lost during the course of a season because someone on your team didn’t know that the opposing setter was in the front row? It’s the setter’s job to make sure that doesn’t happen. It’s the setter’s responsibility to know everything. Sounds tough, and it is. That’s why exceptional setters are hard to come by. But the best setter in volleyball knows the game. Like no other.

And they become the best leaders.

Dating all the way back to middle school, I was known as a leader. I was the best on the team. I was passionate. And I voiced it. Isn’t that what a leader is?

I’d say I really began to understand this when I was a freshman at the University of Minnesota.

There was an older setter starting ahead of me when I arrived. I was prepared for that, but I knew I had to go above and beyond to make sure I was on the court. At first, I didn’t want to step on any toes because I was the newcomer, but that only lasted about a week.

The team had leaders, including the type of leader I mentioned above. But they didn’t have this leader.

I began to talk to everyone more and get to know them better. You want to ask questions to players and coaches. Take everything in. Ask specifics. What kinds of sets do each of your teammates want? Take responsibility if you don’t provide exactly what they want.

When I could, I would stay late after practice. I would demand the most from myself. That is what a leader does. I got better and better at communicating, understanding my teammates and, at the end of the day, making everyone around me better. That’s the last skill I want to emphasize.

And if you communicate with them consistently about the set they desire, or
talk after the play about how to make it better, you are making your teammates better.

Whether it’s asking them to do something, or just flat-out cheering for them
and motivating them, all of this makes them better.

I always found that taking responsibility earns the trust of your teammates. When you have their trust, the whole team works better together. And the
great thing about it is it’s contagious. Once the goal of making each other better is clear, it is very easy to get everyone to buy into it.