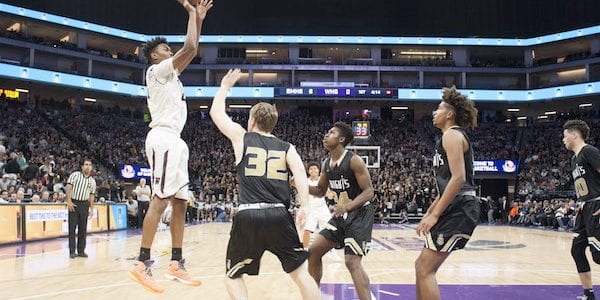 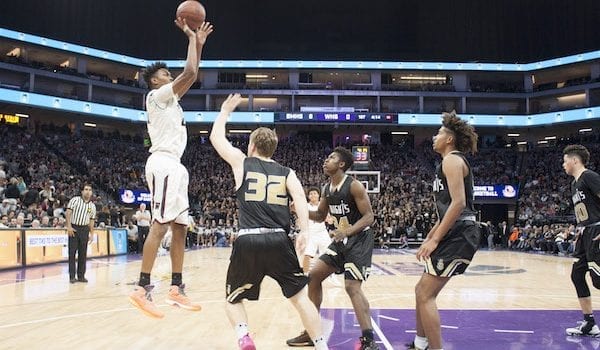 Jordan Brown’s meteoric rise to basketball notoriety took another leap in January when his name was included on the 2018 McDonald’s All-American roster for the renown All-Star contest March 28 in Atlanta. 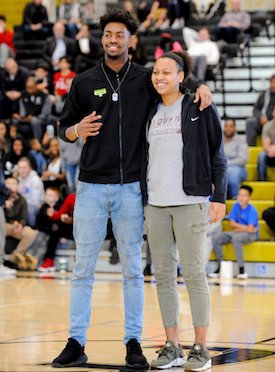 The Prolific Prep Academy-Napa senior has won gold with Team USA in Spain and in Argentina. He previously carried Woodcreek High-Roseville to the CIF state title game, making history in the process for public schools and claiming the Timberwolves’ first Division I section title. Now, he can check off another accomplishment.

The 6-foot-11 forward from Roseville was one of 24 basketball players selected to play in the 41st annual boys all-star event, as part of the West squad.

“It’s an honor, especially considering all of the players who have done it before me, and what they’ve accomplished,” Brown admitted. “So to be a McDonald’s All-American is a blessing.”

Brown and his teammates will square off against the East team, led by the top two players in the country in R.J. Barrett and Zion Williamson. The West team has six of the top 10 players in the 2018 class, including Brown.

“This selection shows that my career is still on the rise,” Brown pointed out. “Being named one of those top guys and being able to compete on that level really shows what I’m accomplishing as a player.”

He’s also got NBA roots. Jordan’s father, Dion was once drafted by the San Antonio Spurs.

A sixth-round draft pick in 1984, Dion Brown reached the pros after four seasons at Louisiana–Lafayette. He was drafted the same year Hakeem Olajuwon was selected first by the Houston Rockets, Michael Jordan third by the Bulls and Charles Barkley fifth by the Sixers.

Dion Brown saw action in the Continental Basketball Association — a developmental league prior to the creation of the NBA G-League — before playing three years overseas.

As a member of the Air Force, Dion Brown was selected to play for the All-Armed Forces team, comprised of the 12 best players in the U.S. military. That’s when he roomed with Spurs legend David Robinson. The two were roommates at the Presidio in San Francisco and grew close. 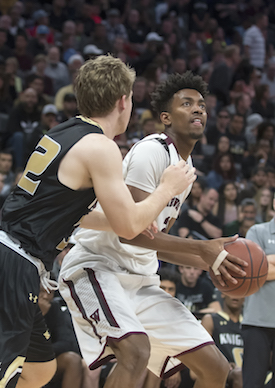 “We used to go out to dinner with them all the time,” Dion recalled. “It’s funny because Jordan (Brown) is like the David Robinson of high school basketball. He’s a genuinely nice kid. That’s his persona. He’s always friendly, but he’s competitive, too. He rarely backs down from people, so if you get a kid out there trying to rough him up … that’s the wrong thing to do. It’s like waking up a sleeping giant.”

Despite constant defensive pressure, Jordan Brown led the Sierra Foothill League in 2017 with 26 points per game, and averaged 11 boards. His dominance led to a 26-3 overall record and a berth in the state title game for a showdown against Southern private-school Bishop Montgomery-Torrance.

When Brown made the switch to Prolific Prep prior to the start of his senior season, he figured some of those double- and triple-teams would dissipate. To the contrary, he’s still seeing added attention from defenses across the nation, but he says that’s preparing him well for the collegiate level.

“I thought that was going to change when I went to a prep school, but it stayed the same,” Brown admitted. “But I think of it as a sign of respect.”

Despite the constant attention from opponents, Brown has somehow put up better numbers this season.

He’s averaging 23.5 points, 13.1 rebounds and 2.4 blocks per game for Prolific Prep under the tutelage of coach Billy McKnight. Brown is following the footsteps of former academy stars Josh Jackson, currently a rookie playing for the Phoenix Suns, and Gary Trent Jr., the son of an NBA player who is in his freshman season at Duke — both of whom were McDonald’s All-Americans.

“My time at Woodcreek really taught me how to be a leader,” Brown admitted. “At Prolific Prep, they have top competition for me to compete against, so both stops have really helped my game.

“(Prolific Prep is a) good example of what I’ll be doing in college — flying to games, balancing school and competing against top competition. So I’m basically already competing against college-level players.”

An intense travel schedule and competitions against some of the top athletes in the nation has been beneficial for the big fella. He’s grown used to a rigorous travel schedule and continuous team schedules — knowing what to pack, what homework to complete before each trip for his classes at nearby Napa Christian High School and how to take care of his body on off-days.

“It hasn’t been too hard of a transition,” Brown said. “I competed against a lot of these same guys during the summer, but really it’s been harder getting used to all the traveling.”

His team earned a break in their schedule with a home slate of games at the end of January and a weekend off, but they still had team activities.

A few days after a ceremony at which he received his McDonald’s All-American jersey, Brown and his teammates hosted a fundraiser. To their surprise, Mark J. Spears — an ESPN and TheUndefeated.com national writer — spoke to the team. 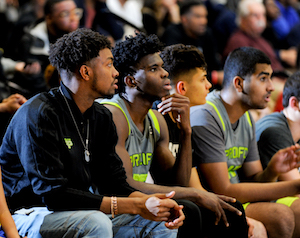 Brown sits on the bench with Prolific Prep teammates while nursing a knee injury in late January. He’s expected to return to action in mid-February. (Samuel Stringer photo)

“I guess (he knew who I was),” Brown admitted. “He gave a speech and he was talking a lot about me. That was cool, because you never really know who’s heard about you and what you’ve done and it’s coming from someone well known — that’s a good feeling.”

Spears has studied the top prospects in the country, and Brown’s name stood out. Although he is still undeclared, Brown has announced his top seven collegiate choices — UCLA, Oregon, Gonzaga, St. John’s, Louisiana-Lafayette, Nevada and Cal, in no apparent order.

He also plans to make an official visit this month to one of those programs, and has plans to announce his decision sometime this spring, barring any changes.

“We were thinking around springtime, but it could possibly be sooner,” he said.

“I’m really looking forward to playing at the collegiate level,” Brown added. “I’m looking to find a program that’s going to prepare me for the next level — a place where I get along with the staff and team.”

Brown said he may not wait until signing day to announce his choice.

From his list, most of his choices are on the West Coast, but Louisville-Lafayette seems like an outlier. Although the Ragin’ Cajuns program hasn’t had the recent success of the other schools, it maybe be hard to ignore the school where your dad is a member of the athletis Hall of Fame.

Brown and his team will square off against the East team at 4 p.m. March 28 live on ESPN.