Benicia Is Arguably The Sac-Joaquin Section’s Most Complete Softball Team — Will It Equate To A Division III Title? • 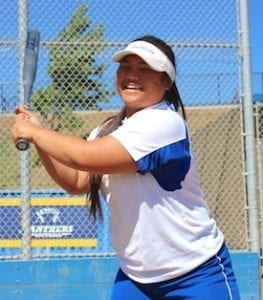 At times, softball can become a singular sport: One team’s ace pitcher facing off with the opponent’s big hitter and the game on the line. But the Benicia High squad doesn’t quite operate that way.

The 2018 Panthers have embodied the team concept with a deep, diverse lineup that has used its power in numbers to put up some impressive stats heading into the home stretch of the Sac-Joaquin Section Division III playoffs.

“We don’t have a huge roster. It’s just 14 players and they have all laid it on the line for me and each other all season long,” Benicia head coach Kristin Grubbs said. “I’ll take my 14 hard-working kids every day against anyone.”

The Panthers’ 5-inning, 16-0 defeat of Laguna Creek in the first round of the playoffs on May 14 had the No. 2 seed’s team concept on full display. Two pitchers combined for a perfect game while the entire roster contributed either a hit, run or defensive gem. The win advanced them to a second-round showdown with No. 7 East Union-Manteca on May 16.

“This game is too complex to rely on just one person,” Grubbs said. “We have been on the field with some of the best players out there, and we just go out and see who’s going to step up for us.”

In past seasons, Grubbs and the Panthers have had success with stars such as Shelby Thompson and McKenna Gregory. The latter earned a scholarship to Michigan State after leading Benicia to three SJS finals and one championship. With Gregory’s 2017 graduation, some observers perhaps expected a drop-off in the Panthers’ performance — or at least some growing pains. As it turned out, the collective feet of many Panthers more than adequately filled the shoes left by the two-way star.

“Every year you have to make adjustments and you can’t live on who was here, but rather who is here,” Grubbs said after a midseason win over Division I top-seed Sheldon-Sacramento. ”We pick each other up. It is a luxury to have four pitchers to give them rest and playing other positions has really been beneficial.”

As the lone senior on the pitching staff, Grace French has been the Panthers’ ace, or at least 1A in the rotation. A signee with Division I Bradley University in Illinois, French has logged more innings than any Benicia pitcher and started against top foes like Sheldon, Tracy and Amador Valley-Pleasanton. Through May 14, she owns an 8-2 record with a 1.57 ERA, relying more on location and keeping hitters off-balance rather than strikeouts.

Ajari has also been the team’s main power source, belting a team-high seven home runs and driving in a team-best 44 RBI. But the power has come from the top of the lineup to the end of the bench. After 27 games, the Panthers have nearly as many extra-base hits (78) as their opponents have hits (82). Benicia is batting .427 as a team and has outscored opponents 250-32. Six players have combined for 19 homers.

Senior infielder Chelsea Mari started the season as one of the section’s hottest hitters, hovering around .800 for the first month before relatively cooling off to lead Benicia with a .613 average through 27 games. Fellow senior Adriana Chavez, a Southeastern Louisiana signee, brought a consistent bat and leadership gained from four years at the varsity level. 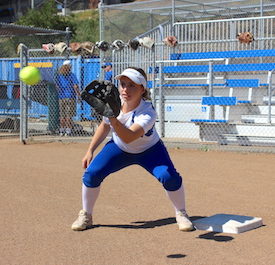 Senior third baseman Chelsea Mari was batting over .600 through the first round of the playoffs.

“Most of the seniors came to varsity as role players, so they were in the same shoes that the younger players are this year,” Grubbs said of her four graduating players. “They can pass along that experience, and all of them have really stepped up this year to emphasize the team.”

The team concept has included an all-underclass outfield led by sophomore center fielder Bailey McLaughlin who owns a .478 batting average and 36 runs scored. Benicia also boasts plenty of versatility with pitchers who can rotate positions in the infield when they are not in the circle. The Panthers also have the luxury of multi-purpose fielders like Ajari, who can play at either corner infield spot, and junior Jen McCue who has rotated between first base and catcher while contributing a .429 average and 21 RBI. McCue’s efforts complement senior catcher Hailey O’Rourke’s solid presence both behind and at the plate.

While Benicia was a perfect 15-0 in Solano County Athletic Conference play for the second straight season, the Panthers were tested by league foe Vanden-Fairfield in the regular season finale. They also scheduled a strong nonleague and tournament slate to prepare for the postseason.

“We have talked since the beginning of the season that we are practicing for May,” Grubbs said. “I like that we were challenged to end the season, and that our record is what it is because we challenged ourselves with some tough opponents.

“Now, we can only look at each opponent one game at a time. I just ask the girls that they respect the game, respect the opponent and play Benicia softball.”

That might be enough to take on any star player or team in the final week of action. 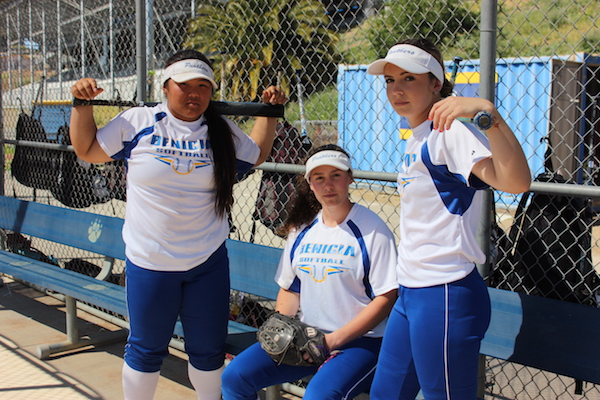