Pity the poor Archbishop Mitty-San Jose baseball players. They didn’t get a one-week spring break that was showing on their schedule since the beginning of the 2019 season.

Instead, the Monarchs and a traveling party of nearly 30 people got on a plane for a trip to San Diego, where they played in the state championship game of the Boras Baseball Classic.

And for a head coach like Brian Yocke, who stresses gaining the most memorable baseball experiences for himself and the players, heading down to Bordertown to face Serra-San Juan Capistrano on April 27 was going to be about as great an experience as they can get. 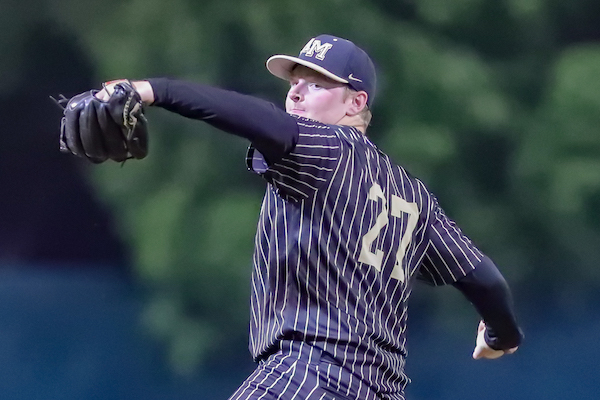 “This is something our guys have been drooling over,” Yocke said after his team earned that trip by winning the Northern California bracket of the Boras Baseball Classic on April 18 at McAuliffe Field (located across the street from Sacramento State). “Getting this experience in San Diego is going to be awesome. We only get four months of high school baseball with these guys anymore, if we’re lucky, so these are the kinds of experiences we’re looking for.”

Mitty came up short in its title battle with Serra, falling 6-3. But it also took a memorable experience for Mitty to win the game that qualified it for the state final.

Facing West Catholic Athletic League-rival Bellarmine-San Jose in the championship of the NorCal Boras Classic, winning 2-0 despite only managing one hit is an experience not many in baseball get to have.

The Bells were the two-time defending champions of the NorCal Boras Classic. They also won the Boras Baseball Classic state title game last year over Serra. In the NorCal final on April 18, Bellarmine sent senior Derrick Turner to the mound. He was attempting to shut down a Mitty offense that scored 10 runs in a semifinal victory over St. Mary’s-Stockton.

Turner certainly did his job. Mitty had no hits in its first three innings with two runners thrown out on the bases. In the fourth, with two outs, and Nick Yorke at first base after a walk, Connor Leaverton hit a fly ball to left field that should have been the third out of the inning. The Bells’ left-fielder, however, slipped on the grass, which enabled the ball to trickle away from him. Yorke, running on contact, scored the first run of the game. 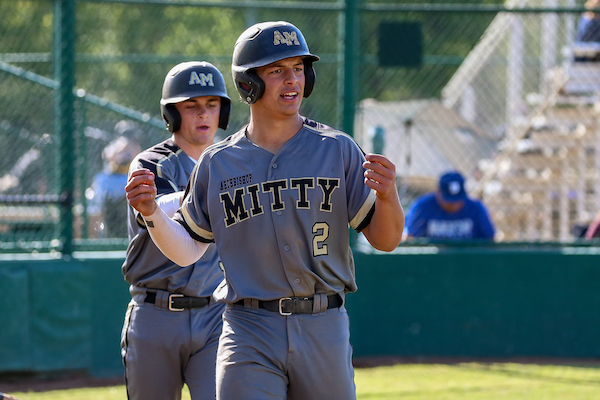 Mitty scored its second run of the game without getting a hit. That sequence began when senior outfielder Jonah Advincula reached on an error. Later, Advincula stole second, went to third on a wild pitch and scored on a wild pitch.

The Bells, who edged Granite Bay 3-2 in the semifinals, loaded the bases in the first and sixth innings and didn’t score. They also had a runner thrown out at home plate in the fifth.

“No, I don’t know if I’ve ever had a game like this,” said Turner, who gave up just that one hit on the double by Leaverton. “It’s just a tough game sometimes. I liked how our guys competed. We’ve just going to use this game to work harder. Just try to get better so it doesn’t happen like this again.”

The NorCal field at this year’s Boras Classic was led by previous state No. 9 Franklin-Elk Grove, which was 12-1 at the start of the week and also has been No. 1 in the Sacramento Bee’s rankings since the beginning of the season. The SoCal field was even more loaded. Serra won out in a group that included nationally ranked Orange Lutheran, La Mirada, Cypress and Huntington Beach. Orange Lutheran later won the National High School Invitational tourney in North Carolina. They then swept Serra in three Trinity League games. 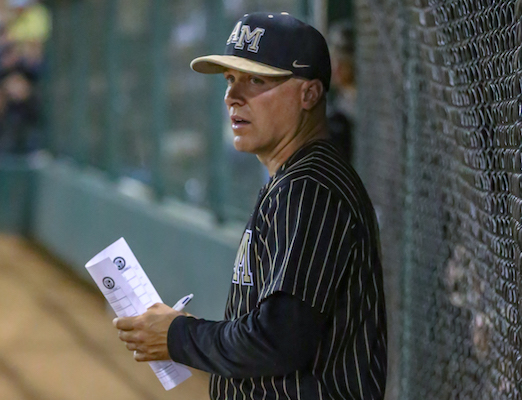 Mitty had high expectations at the start of the season. The Monarchs forecast by many to be the primary challenger to Valley Christian-San Jose in the Central Coast Section. There have been some bumps along the way, however. The pitching staff lost one key member before the season to an injury and there wasn’t much experience back to begin with.

At 17-7 following their loss in San Diego, all of the goals are still in front of the Monarchs. That includes a CCS Open Division title.

“Compared to last year, this team is a lot more together,” said Nick Yorke, the reigning WCAL Player of the Year and one of the top juniors in California with a verbal commitment to Arizona. “We know that we’ve got each other’s backs. If one guy slips up, the next guy is going to be there to pick each other up.”

Older brother Joe Yorke, a senior who picked up the save against Bellarmine and who is one of the team’s other leading hitters, and younger brother Zach Yorke, a freshman who is on the Mitty varsity this year, are hard to miss.

With one senior, one junior and one freshman as brothers on the same elite team, it’s also easy to throw out the names of California’s most famous recent trio of brothers — Lonzo, LiAngelo and LaMelo Ball in basketball — to see how the Yorkes compare.

“Our dad isn’t like theirs,” chuckled Zach. “But it has been a lot of fun to play with them. It’s been challenging and I’m pushed every day.”

“We just spend so much time together,” Joe said. “We know (the season) is going by fast and we’re trying to get the most out of it.” 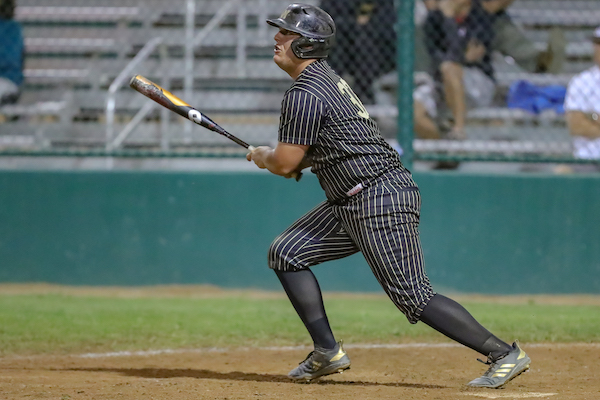 Mitty senior Joe Yorke is the oldest of three brothers playing varsity for the Monarchs.

Yocke is in his fourth season since taking over from previous 600-win head coach Bill Hutton. He switched from being the head coach Mitty’s softball team to take the position.

“The big thing we talk about is mistakes,” he said. “Joe came in mid-count in that inning and did a great job. And Vo caught 28 innings the last few days. He really deserved to be the defensive player of the tournament.”

It also hasn’t been lost since the first practice that seniors like Joe Yorke, Leaverton, Advincula and pitcher Andrew McCann were freshmen when Yocke began coaching them.

“I’m so proud of these guys to win it,” Yocke said. “We only had two seniors on last year’s team, but we lost our projected ace and have had some other injuries. I also think having just 22 players instead of the 27 from last year has helped a lot with our camaraderie.”