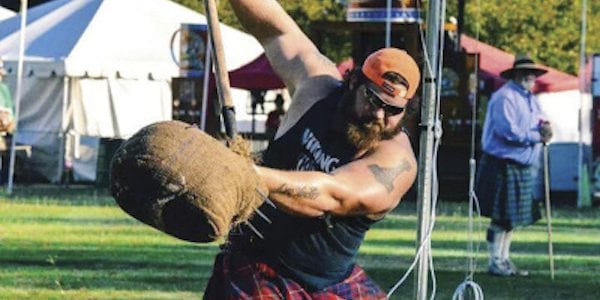 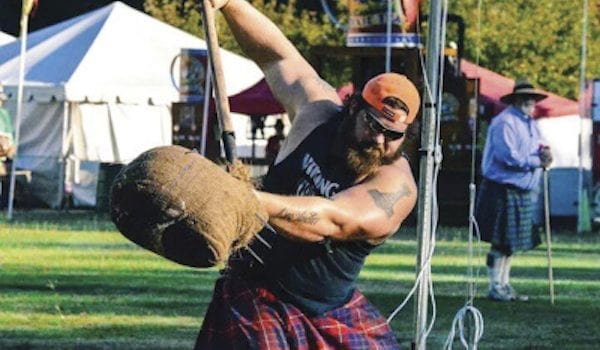 Scottish Games1 Ticker620
The Caledonian Club of San Francisco is treating you this Labor Day Weekend to something heavy. The 154th edition of the Scottish Highland Gathering...

The Caledonian Club of San Francisco is treating you this Labor Day Weekend to something heavy. The 154th edition of the Scottish Highland Gathering and Games features the world’s top pro and amateur Heavy Event athletes! You’ve seen them on the Scottish Games channel, the World Strong Men, immense people tossing telephone poles the size of a VW Beetle, like they were baseball bats. And play games like the “Putting of the Stone” where they toss ginormous smooth rocks like a Zeto fastball (ok, pun intended!).

Your interests lie in more docile entertainment you say? No worries, Bonny Scotland never disappoints at these games – and gatherings!

Entering it’s 154th consecutive year of what has become the world’s most complete Celtic Festival, the 154th Scottish Highland Gathering & Games is set again to enliven the Greater Bay Area this Labor Day weekend, August 31-September 1, at the Alameda County Fairgrounds in Pleasanton.

Rob Tysinger, Chief of the Caledonian Club of San Francisco, producer of the Games stated, “I would invite everyone to come visit us at the world’s most complete Celtic Festival. It is not just for Scots.  With over 20 different events and attractions, we offer something for everyone, from individuals to families.”
Topping the long list of attractions is the gathering of 30 pipe bands from the U.S. and Canada. These bands compete each day in their respective grades, both as a full band and as soloists, then gather late in the afternoon to march onto the fairgrounds track in front of the massive covered grandstands to produce one of the world’s largest assembly of pipe bands. The spectacle of the 750-plus pipers and drummers merging to face the grandstand audience is awesome in itself, but added to the grandeur is the march onto the track of the U.S. Marine Band integrated with the Robert Malcolm Memorial Pipe Band from Vancouver, B.C., Canada. This alliance of two distinctively different forms of music is seen and heard only at the annual Games in Pleasanton! 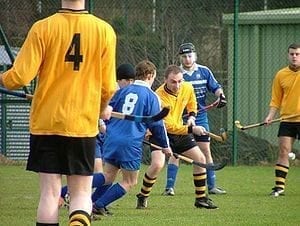 Shinty is played mainly in the Scottish Highlands, and amongst Highland migrants to the big cities of Scotland, but it was formerly more widespread in Scotland and was even played for a considerable time in England[ and other areas in the world where Scottish Highlanders migrated. In shinty, a player is allowed to play the ball in the air and to use both sides of the stick, called a caman, which is wooden and slanted on both sides. The stick may also be used to block and to tackle.

The 45th U.S. Invitational Heavy Event Championships, consisting of Pro and Amateur Men and Women, features ten of the world’s top professional heavy event athletes. In all, there are eighty-seven (87) athlete entries from 22 U.S.  states and four countries. Top selected amateur men’s and women’s divisions and men’s and women’s Masters Classes make up one of the world’s largest Heavy Event Championships. All athletes compete in all eight disciplines, including Caber, Weight-for-Height, Weight-for-Distance, Hammer, and Stone Putt. This year the 20-lb. sheaf toss will feature the world champions in both the men’s and women’s divisions. The record toss of 37’1” was set by Spencer Tyler from New Braunfels, Texas. The women’s record with a 10 lbs sheaf is 35’6” set by Jessica Bridenthal from Ambridge, PA.
The Western United States Open Highland Dancing Championships takes place both days in the amphitheater stage area.
Seven stages of continuous entertainment from the traditional to Celtic Rock brings live music to all. The entertainers include Scotland’s Albannach and the crowd-pleasing Tempest among the eleven different groups. Two of the stages feature Celtic Heritage, consisting of fiddlers, harpists, country dancing and much more.
Living History takes us back in time with Mary Queen of Scots and her en-triage, with the Highland Warriors and invading Vikings.

With “something for everybody”, the Highland Games feature the Glen of the Clans.
Nearly 100 clans assemble for Irish Step Dancing exhibitions, Sheep Dog Trials, Five-A-Side semi-pro soccer and rugby. There are Birds of Prey, Highland Cattle, Clydesdale Team, British automobiles, and more…..
Plus over 100 vendors in five air-conditioned buildings, Scottish and American food and the popular Whisky Tasting Pavilion!

Read about the Caledonian Club, the Scottish Games, their prestige and history on their website www.thescottishgames.com

Get to the Alameda County Fairgrounds in Pleasanton this Labor Day weekend. Reserve tickets today before they sell out: Get Tickets