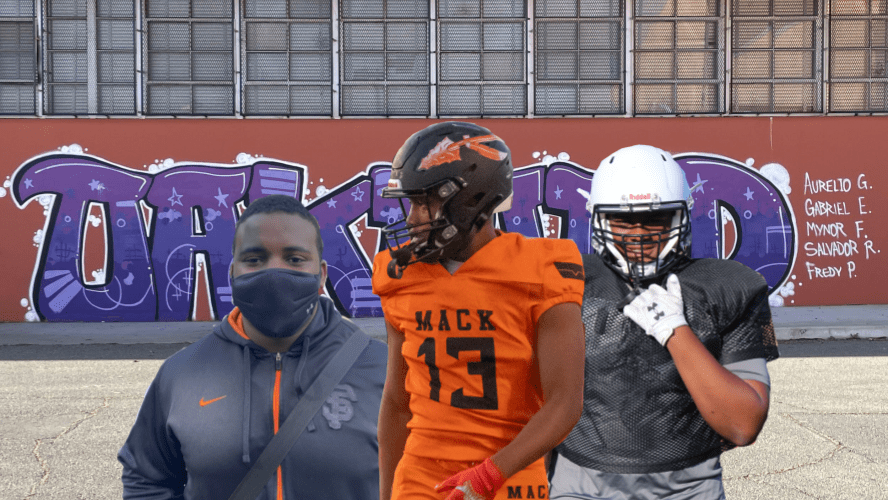 There Will Be A Silver Bowl On April 24, But The Journey Carries A Lot More Weight Than Any Destination For OAL Football Teams This Spring •

504 days. That’s how long Castlemont High will have gone between games when it visits Oakland Tech for its OAL football opener on Saturday.

“I’m finally happy,” Knights coach Ed Washington said.  “I’ve been sad for a year. Now we’re back in football and getting kids active and keeping them off the streets. That’s a beautiful thing and we’re excited.”

The wait for football amidst the COVID-19 Pandemic has been well documented over the last couple of months. At Castlemont, the joy experienced by the end of that wait can be tracked in the simplest of ways.

Players are showing up. And they’re not missing many days.

“We’ve got 27 kids. It’s crazy,” Washington said. “I took over this program after being gone for a few years. The first year after I left they didn’t finish the season, and last year they finished with 12. To get 27 out there during COVID speaks volume about them wanting to be out there.”

Castlemont, Oakland Tech, Skyline and McClymonds will take part in a three-week round robin schedule followed by a two-week playoff that will conclude with the Silver Bowl and a third-place game on April 24. Oakland and Fremont have both opted out of this OAL football season.

McClymonds is the 10-time defending league champion. The Warriors will enter this strange spring season on a 51-game league winning streak that dates back to November 14, 2009. 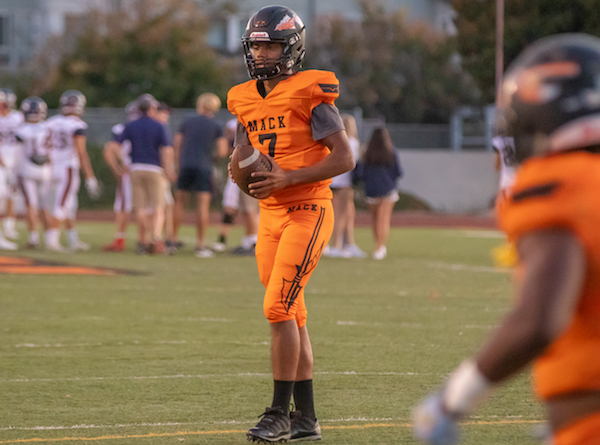 “Mack is the top contender,” said Skyline coach Joe Bates, whose team hosts the Warriors on Saturday. “We’re trying to sneak up on them, but I’ve got to give them the respect. They’re the No. 1 seed in everybody’s eyes.”

Bates’ Titans finished second to McClymonds last season. Skyline lost its 2019 OAL opener to the Warriors 43-0, and then ran the table until the Silver Bowl — a 42-9 McClymonds win. The Warriors advanced to the CIF 2-A State Bowl game, but lost 34-6 to Pacifica-Oxnard.

“He rips it, and looks good against anybody” Bates said of Sanders. “He tore us up. I’ve got the most respect for that guy. He’s definitely and OAL MVP type of player.”

If Skyline is indeed going to sneak up on the league’s black and orange behemoth, it’s gonna need big seasons from guys like Tyher Howard-Thompson and Simeon Milan. Howard-Thompson is a 6-foot-3, 270 pound defensive lineman who Bates said is capable of “putting up 20 points on the basketball court, too.” Milan is a running back transfer from Oakland Tech who will benefit from an experienced front led by Darius Fonteno and Malu Hunkin. 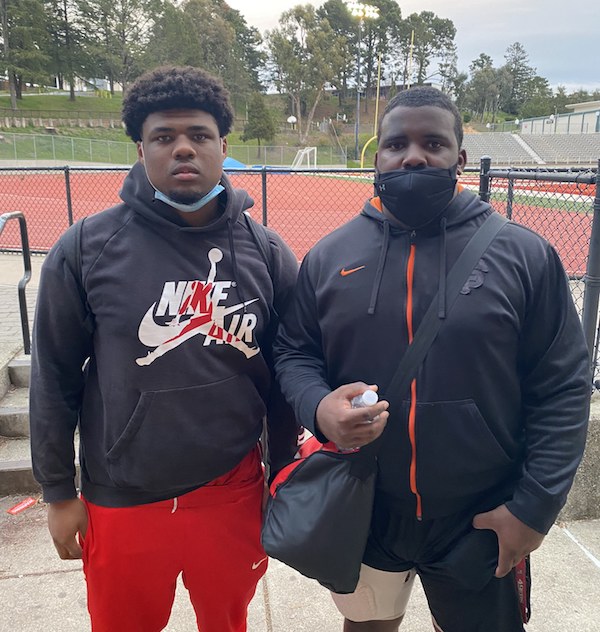 Washington may have the best running back in the league at Castlemeont, though. That would be junior Josh Jones.

Jones was named the 2019 OAL Co-MVP as a sophomore. The honor certainly reflects the respect league coaches had for him considering the Knights finished just 1-9 and scored more than 21 points just once all season.

“If this kid were at De La Salle, Pittsburg of Clayton Valley, he’s running for 3,000 yards,” Bates said. “He’s super explosive. With that kid, you had to hold your breath every time he had the football.”

Washington says Jones has been getting “a few phone calls” from recruiters, but expects that number to go up after this short season.

“His vision is ridiculous and his power is really off the charts,” the Castlemont coach said. “He has a breakaway speed and is also just a humble, hard-working kid. A 4.0 student. Great character.” 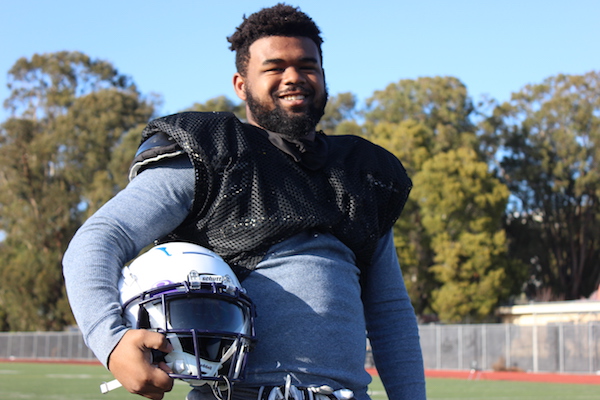 In addition to Jones, the Knights will be counting on guys like Berkeley transfer Jaylen McGary at linebacker, wide receiver Derrick Cardenas, and linemen Angel Martinez, Isaac Anderson and Franklin Daniels. Sophomore Daniel Parsons will start at quarterback for Castlemont.

Oakland Tech will be replacing a number of skill players, but does return experience on the line with Qai Smith and Malik Saucer.

However the league shakes out over the next five months, Washington couldn’t underscore enough the importance of just putting the kids back on the field.

“We all know what it is in Oakland,” he said. “Oakland football coaches are the biggest violence prevention unit in the city. These kids are safe, and they’re active. … I have serious respect for all the who are working to make sure they’re out there.”

Bates had spent more than a year feeding his kids hope through a computer screen. It’s made some of the small things feel that much more special over the past few weeks.

“We had a kid with a birthday yesterday, and we all sang to him,” the Skyline coach said. “Just that type of brotherhood has been awesome for us.”