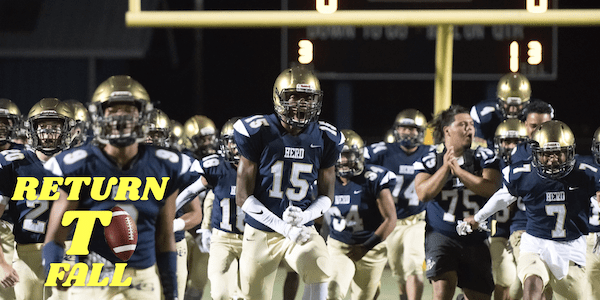 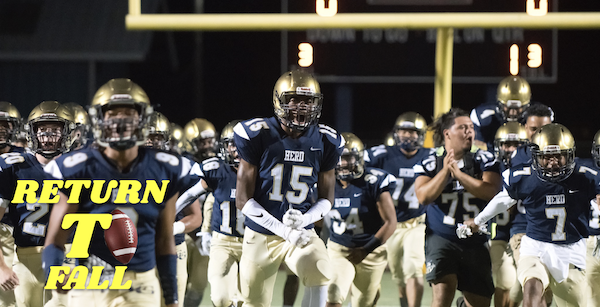 SportStars Staff Members Get Their Limb-Climbing Shoes On For Some Sac-Joaquin Section Predictions; PLUS Our Player Spotlight Travels To James Logan-Union City •

This is the thirteenth of 20 installments to our Return To Fall Series — a daily component to our 2021 NorCal Football Preview coverage.

Kickoff arrives in the Greater Sacramento region and beyond as the Sac-Joaquin Section gets a one week head start on the rest of Northern California. That means it’s time for members of the SportStars staff to compile their best Sac-Joaquin Section predictions.

Five staff members took a go in nine different categories. We took stabs at naming the champions in four of the section’s most competitive leagues, the team most likely to reach a CIF Bowl game, and who will be the section’s top offensive and defensive players.

If any of this provides bulletin board material for your team room, you’re welcome. Prove us wrong. Win every game.

PLAYER SPOTLIGHT: Sanders Can Sling It

When it comes to playing at the next level, the numbers jump off the page for James Logan-Union City quarterback Marcus Sanders.

At 6-foot-5, 210 pounds, the Colts’ senior signal-caller certainly passes the eye test at first glance. A peek at the film shows a quarterback who can sit in the pocket and go through progressions to find a receiver but also escape the pocket and improvise to find a target when needed.

That combination of size and skill will be an important one for Logan this year as Sanders returns for his third varsity season. He’ll be counted on not only for production, but also as a senior leader on a Logan squad faced with a tough Mission Valley Athletic League/West Alameda County Conference slate that includes traditional powers in Bishop O’Dowd and San Leandro.

One thing Sanders will have working in his favor is a spring season of learning with live fire. Logan averaged almost 30 points per game in the shortened campaign and a comeback victory over San Leandro, along with a four-touchdown performance against Moreau Catholic, provided definite highlights as the Colts transitioned to more of a spread-oriented offense under new head coach Eddie Smith.

“He’s good,” Johnson said. “People have been sleeping on him and he’s been putting in the work.”

As Sanders begins a senior season filled with high hopes both for himself and his team, one thing is becoming clear— the evolution from sleeper to keeper is already well underway.

In their second episode, hosts Chace Bryson and Ben Enos celebrate the arrival of the SJS.

They mark this week’s action by making some Sac-Joaquin Section predictions on a few of Friday’s key matchups. Coach Terry Eidson also joins them again to talk about scrimmage week in the Bay Area and to take on Ben in a battle of SJS knowledge.

Chace and Ben also discuss the release of the SportStars NorCal Football Preview issue that released Wednesday, particularly Ben’s feature, “Are We There Yet?,” regarding what “normal” will look like this fall?

We invite you to have a listen, and maybe even go back and to listen to Episode 1. The podcast is currently available to follow on Spotify.