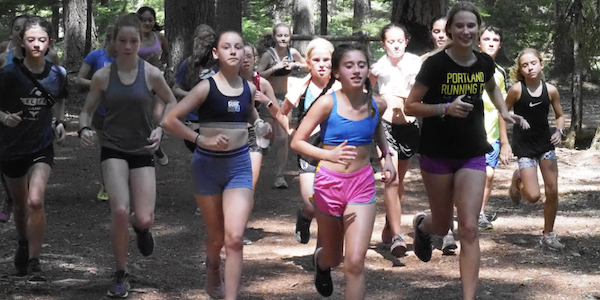 Bob Williams1 camps4 Oregon2 Pat Tyson1 Steve Prefontaine1 summer camps4 Youth Runner30
Overnight And Destination Camps Should Regain Popularity This Summer, And A Series Of Running Camps In Oregon May Be Among The Most Appealing •...

Overnight And Destination Camps Should Regain Popularity This Summer, And A Series Of Running Camps In Oregon May Be Among The Most Appealing •

If last summer was a soft re-opening for summer camps and clinics, 2022 appears ready to blow the doors open.

With much of the pandemic seemingly in the rearview, the camps and clinics scene is back with a full variety of offerings. Among the styles of camps expected to have a huge uptick this summer, as opposed to last summer, are overnight camps.

While several camps returned last year following the vaccine rollout and state “re-opening” in June, many families were still justifiably skittish about travel and lodging. That trepidation won’t be as strong this summer, and destination camps should thrive.

In compiling our many camp listings for this resource guide, one set of overnight camps seemed worthy of highlighting. The Youth Runner Camp series produced by Youth Runner Magazine seems to be a perfect marriage between setting, training and overall experience. If you’re a young track, cross country or overall running enthusiast, we can’t think of a better set-up than what the Youth Runner Camps are offering.

All three Youth Runner camps take place in Oregon. The first two are open to runners ages 12-18, and the last one is a middle school-specific camp for 11-14 year-olds.

Let’s start with the first one. The four-day camp begins on June 20, the first day after the Nike Outdoor Nationals conclude at The University of Oregon. Thus setting up the opportunity for campers to attend the nationals before attending the camp approximately 45 miles east in Blue River, Oregon.

The Blue River site is located in a mountain setting with a track that recently hosted an international competition during an off-day in the U.S. Olympics Trials. It will feature instruction from some of the nation’s most renown coaches, including Gonzaga University coach Pat Tyson (who just so happened to be Steve Prefontaine’s roommate at Oregon). There will also be a whitewater trip along the McKenzie River as a bonus.

The second camp may have even more appeal to young running fans. It’s based in Eugene, Oregon, from July 17-20 — the same time over 200 international teams are there for the World Athletics Championships at Hayward Field. Campers will be able to attend two sessions of the championships, as well as take part in the Asics 5K run hosted by the championships and open to the community.

Finally, the Elite Middle School Camp is held from July 31-Aug. 4 near Mt. Hood. It’s drawn national acclaim for camps designed for this age group and draws runners from throughout the country and beyond. Camp organizers say it will host two girls from Switzerland this year.

“The fact that it’s strictly middle schoolers is in itself unique,” Bob Williams said. Williams was a decorated University of Oregon runner and steeplechase All-American in the 1960s. He’s coached at Concordia University and several high schools over the years. “We’re in a position to help these kids learn how to be the best they can be as runners and people. Typically we have kids who are competitive, who love to run and love to learn.”

Among the running highlights from the Middle School Camp is a bus trip to Timothy Lake for a nine-mile run that includes awesome views of Mt. Hood.

A LITTLE CLOSER TO HOME

A few other overnight camps caught our attention — both basketball related. NorCalSportTV is once again offering it’s five-night camp in Sonora. This year they’ve expanded again to offer a total of five camps, three for boys and two for girls.

For those looking for a shorter overnight option, the Father-Son Basketball Camp at Saint Mary’s College is worth a look. This weekend (July 16-17) camp is for younger kids (ages 6-12) to attend a camp with their dad and includes the option of a one-night stay in an SMC dorm room.