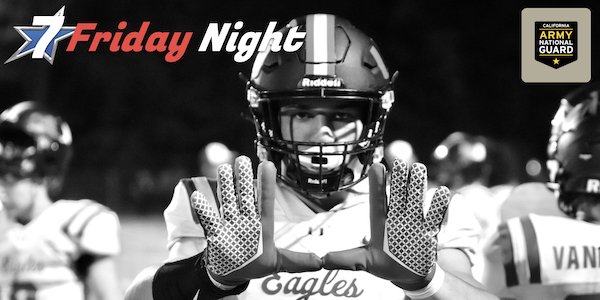 Our Championship/Thanksgiving Week episode features hosts Chace and Ben discussing the riveting semifinals they saw last week before diving into a number of enticing finals matchups this week. (QUICK PROGRAMMING NOTE: The Thursday Pick ‘Em show will drop Wednesday this week, to avoid the holiday)

The two play “Fill The Gap” to highlight the championship game they’d most want to see, as well as the one that’s most under the radar.

Coach Terry Eidson also makes his weekly visit to share about his Baltimore trip, thoughts on the De La Salle/Pittsburg championship game (now that he’s watched it back) and just how NCS titles are viewed in a program that’s won 30 in a row and always sets its goal on a state bowl title. Also, the guys ask him how much football he’s allowed to view on Thanksgiving Day. His answer is measured.