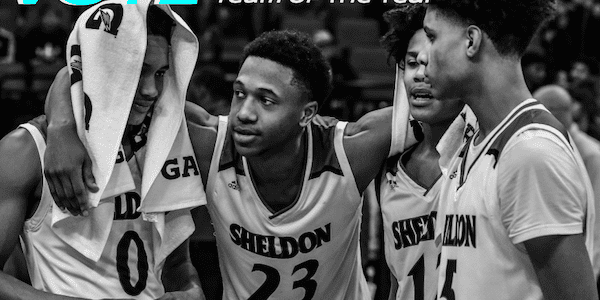 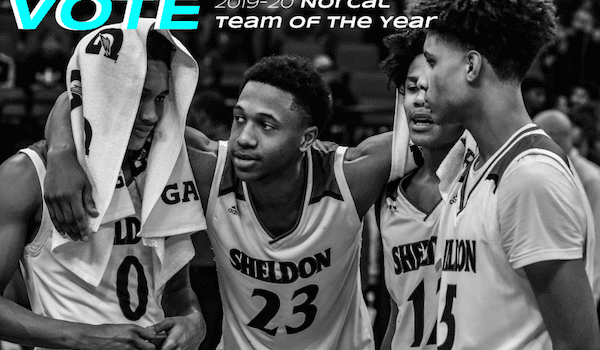 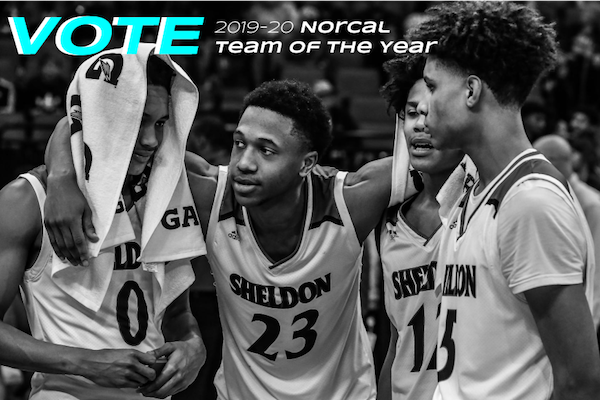 In A Final Tip Of The Cap To The 2019-20 Year In High School Sports, SportStars Seeks Reader Help In Choosing Its NorCal Team Of The Year •

As we begin that looong wait for December — with masks on and fingers crossed —  our recent August issue sought to put a final bow on the 2019-20 year in sports. We released our eighth annual Bay Area 75 countdown of the Bay’s top 75 athletes. Additionally, we also named our Sac-Joaquin Section Male and Female Athletes of the Year.

For the last and final honor, we’re looking for a little help from our readers. We’ve listed our top six candidates for the NorCal Team of the Year, and are turning things over to you. We will produce a special feature on the winning team in the coming weeks.

Marin Catholic-Kentfield Girls Volleyball: With Loyola Marymount-bound senior Kari Geissberger leading the way, the Wildcats went 35-4 and claimed a fourth straight NCS title and their first in Div. II. They went on to win the CIF NorCal Open championship, avenging their only NorCal loss of the season (Bishop O’Dowd) in the finals.

Mitty-San Jose Girls Basketball: The Monarchs went wire-to-wire as NorCal’s No. 1 team in seemingly every poll and set of rankings. They went 26-3 overall and 22-0 against NorCal opponents. The team, which only graduates two seniors, won the Central Coast Section Open Div. title and the CIF NorCal Open Div. crown. MaxPreps.com had them ranked No. 2 nationally prior to the state championships being cancelled.

Montgomery-Santa Rosa Boys Soccer: After two straight years as NCS Div. II champs, the Vikings moved up to Division I and never blinked. They won their first three section playoff games by a combined score of 11-1 before defeating defending-champ Berkeley 3-2 in the final. The Vikings dominated the CIF NorCal Div. I field as well, winning all three matches by a combined score of 10-1. They finished 26-0-1 overall

Time to vote! Here’s the rules:

You can vote for your favorite team once an hour through 11:59 p.m. on Aug. 14. Vote below then scroll to the bottom to learn how you can provide your team one extra vote.

As mentioned above, you can also give your favorite a single BONUS vote by downloading the new SportStars NOW app (available on Apple and Android) and visiting its exclusive voting page. 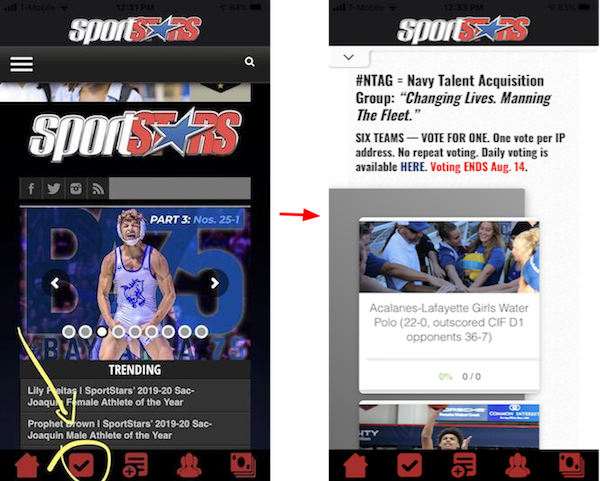 Give your favorite one extra vote via the SportStars NOW app. Click on the vote icon (circled in yellow) to access the bonus vote.

Voting totals from the app will be combined to those from this page and a winner will be announced on Tuesday, Aug. 18.