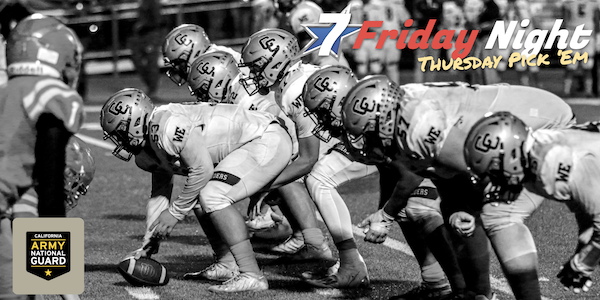 As the Sac-Joaquin Schedule gets set to bring a soft-open to the 2022 NorCal football season, it’s as good a time as any for the show to debut the first of its Thursday Pick ‘Em Series. Hosts Chace Bryson and Ben Enos begin their season of predictions, choosing from a slate of six notable SJS matchups.

Ike Dodson (the guest from our Tuesday, Aug. 16 show) returns to make a few picks. Finally, Coach Eidson begins his season of vengeance upon the Gods of Prognostication. He even follows through on an early-season vow not to take it easy on programs coached by former De La Salle players or friends.

Finally be sure to follow our podcasts’ Twitter account @SportStarsPods to see guest announcements, participate in listener polls and more. You can also get game updates and scores on Friday nights by following @SportStarsMag.