Everybody Get Footloose? Evaluating Trends in Barefoot Running

While out on a typical Sunday morning in the park, it is not uncommon to see people taking part in their weekend exercise routine. Particularly running. What is becoming increasingly common is to see individuals jogging down running paths and roads barefoot. Or at least  with “minimalist” running shoes; shoes that provide little to no support to the foot. Lets evaluate some trends in barefoot running.

The barefoot/minimalist running movement found its roots in studies from Harvard University’s Department of Human Evolutionary Biology. It demonstrated that humans had run barefoot for millions of years with minimal incidence of the common running injuries we see today. Injuries like ankle sprains, plantar fasciitis, and knee pain.

The astonishing national bestseller and hugely entertaining story by Christopher McDougall that completely changed the way we run.
An epic adventure that began with one simple question: Why does my foot hurt?

At the same time, the Harvard studies were gaining notoriety, Christopher McDougall’s book, “Born to Run,” was published. It chronicled the Tarahumara Indians in Mexico. For years they ran hundreds of miles without modern equipment, coaching or training regimes. In combination with the studies from Harvard, this book set barefoot running ablaze.

From the Harvard study, one of the critical findings was that the most common running technique that our barefoot ancestors utilized was landing on the forefoot (near the ball of the foot) rather than the heel. It is the modern running shoe which causes this heel strike.

The advantages of a lifetime (keyword: lifetime) of landing on the forefoot are decreased impact forces, stronger arches and less energy expenditure.

So should we all throw our $140 running shoes in the trash and go barefoot tomorrow?

Absolutely not. Even the Harvard researchers state that there have been no direct studies on the efficacy of forefoot running or barefoot running on injury rates. In fact there are several lawsuits pending against Vibram, Adidas and Reebok (makers of minimalist shoes), who all have made claims that barefoot/minimalist running increases training efficiency and decreases injury.

From a personal standpoint, I have seen an increasing number of athletes coming to my clinic with strained calf muscles, Achilles tendonitis and metatarsal stress fractures who have made too quick a transition to barefoot running. If you have been running by landing on your heel for years with running shoes and suddenly start landing on the front of your foot while barefoot running, it places a tremendous amount of stress on your calf and foot bones.

So do I recommend that you totally give up on barefoot running? Absolutely not.

Is the appropriate time to try barefoot running during your competitive track or cross country season? Probably not.

How many Olympic athletes do you see running barefoot?

If you are going to try barefoot running, try it out during your offseason and as a supplement to running with shoes.

First and foremost, always see your doctor for an exam before you embark on a radical change of running style to see if there are any structural issues which may preclude you from running with minimal support.

Second, once cleared by your physician, start barefoot running very slowly as your calf and arch muscles will quickly get sore.

Run no more than one barefoot mile a day, every other day, and then gradually increase your barefoot mileage by 10 percent per week. You can continue to run with shoes while making the transition to maintain your mileage.

Third, practice barefoot running on a tennis court or a track before heading out on the road.

Fourth, when you are sore you need to rest and take extra time to stretch your calves, hamstrings, and arches.

Finally, remember the transition to barefoot running will take months, if not a full year, to make.

There is no long term evidence that people who have been heel strikers their whole life can safely and easily make the transition to barefoot/minimalist running. If you decide to make the transition, take your time, expect to be sore and respect your body.

Dr. Nirav K. Pandya is a pediatric orthopedic surgeon specializing in pediatric sports injuries at the Children’s Hospital in Oakland. He sees patients and operates in Oakland and our facility at Walnut Creek. If you have any questions or comments regarding the “Health Watch” column, write the Sports Medicine for Young Athletes staff at Health@SportStarsOnline.com. 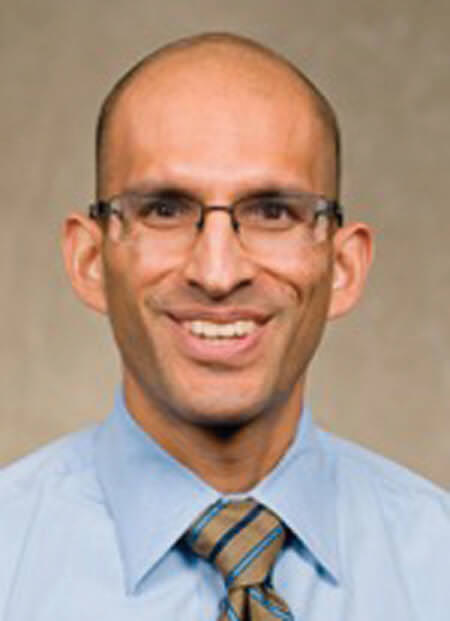 Dr. Nirav K. Pandya is a pediatric orthopedic surgeon specializing in pediatric sports injuries at Children’s Hospital in Oakland. He sees patients and operates in Oakland and their facility in Walnut Creek.