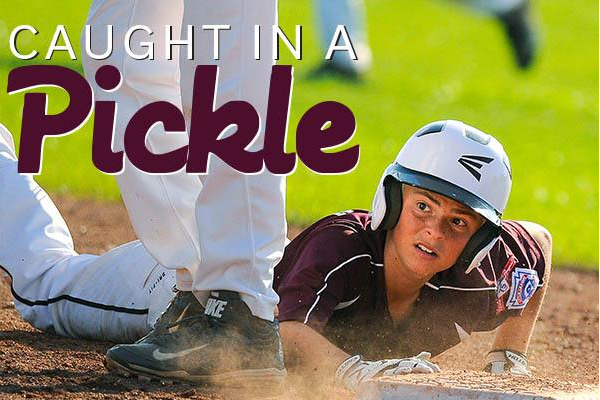 As The Nation’s Pandemic Continues To Ebb And Flow, A Select Number Of East Bay Little Leagues Search For Ways To Get Kids Back On The Field

For the summer staple of Little League baseball, the COVID-19 pandemic has put one of the nation’s great traditions largely on hold.

Ball games are scattered around the U.S.. Mostly though, it’s a prolonged waiting game.

A smattering of leagues and teams are practicing, a few are playing games and many leagues have shut down altogether for the summer.

The East Bay, which has produced eventual big leaguers from Dontrelle Willis to Brandon Crawford, has a handful of teams practicing under strict guidelines, giving those kids a rare chance to have fun outdoors after spending much of the past few months inside. Others are waiting until better days.

That wait loomed to grow longer as July began. Both East Bay counties — Alameda and Contra Costa — announced June 29 they were pausing their respective next phases of reopening, citing recent increases in positive COVID-19 tests and hospitalizations. Those moves didn’t directly affect the ability to stage modified practices. However, any remaining hopes for something slightly resembling a Little League season are fading in the hot summer sun.

Writing starting lineup cards has given way to writing extensive safety protocols for resuming modified practice and, eventually, games. The starting point are best practices protocols and a season resumption guide from Little League International. Everything is tied to set local guidelines by county health departments and local officials.

Parents decide for their kids whether to opt in for a restart, or opt out. Another path to clear is usage of fields, often run by municipalities or school districts. According to District 4 administrator Ted Boet, getting clearances from school-run sites have been challenging, mainly due to the many things schools and their districts have on their plates right now. District 4 oversees leagues in Alameda, Berkeley, Oakland and a good portion of Contra Costa County. District 57 covers the rest of Alameda County and the Tri-Valley.

“I would tell you that for the average league board of directors, this has been more of a mental drain,” Boet said. “Most leagues gave up, due to the uncertainty of it all.”

In the East Bay, a few Little Leagues have opted for modified practices.

Right now it’s a chance for a little outdoor exercise. A planned outing, for some structure in uncertain times.

“We just wanted to get kids out of the house; that was our primary goal,” Danville Little League President Kevin Salmon said. “Give them something to do outdoors.”

East Bay counties and local authorities currently only allow for groups of no more than 12 youths of a “stable” group to practice together. That means each team must have 12 or fewer players. That’s led to some reallocating of players who are returning from the postponed start of the season.

“On June 15 we had 45 percent of spring registration back on the field, but had to reassemble teams to get to the 12 barrier,” Salmon said.

Alameda was planning a target date of July 5 to resume practices and for games to resume Aug. 3.

An Alameda player throws a pitch during the 2019 District 4 AA Championship. (Youtube.com)

“This statement (on June 29) means this is becoming less likely that we will play games soon,” Alameda Little League President Ron Matthews wrote in a text message response. “We will wait for the next phase.”

Matthews noted that a good number of parents are opting to have their kids return.

Little League International canceled its 2020 World Series and Regional tournaments on April 30. There will be no World Series at the fabled Williamsport, Pennsylvania, locale. The six other divisional Series sites will be empty as well. That includes the Intermediate World Series in Livermore.

High-fives, handshakes or celebratory contact are off limits as leagues attempt to gather again. Dugouts must have social distancing. Hand sanitizer is in use while sunflower seeds are out. And there is no shared equipment, such as gloves, bats, helmets and catcher’s mitts.

Here are just some of the Little League International best practices guidelines:

>>No food or concession sales are allowed at facilities.

>>Umpires are permitted to be placed behind the pitcher’s mound/circle to call balls and strikes.

>>All spectators should follow best social distancing practices — stay six feet away from individuals outside their household; wear a cloth face covering at all times; avoid direct hand or other contact with players/managers/coaches during play.

>>Leagues may choose to minimize exposure risk to spectators by limiting attendance to only essential volunteers and limited family members.

>>All individuals should measure their body temperature to ensure no fever is present prior to participating or attending each Little League activity. Anyone with symptoms of fever, cough, or worsening respiratory symptoms, or any known exposure to a person with COVID-19 should not attend any Little League activity until cleared by a medical professional.

>>No personal player bat bags/equipment bags should be allowed in the dugout. Players should place equipment outside the dugout, spaced accordingly to prevent direct contact.

>>Baseballs and softballs should be rotated through on a regular basis, at least every two innings, to limit individual contact.

>>Players and coaches should take measures to prevent all but the essential contact necessary to play the game. This should include refraining from handshakes, high fives, fist/elbow bumps, chest bumps, group celebrations, etc. Little League International suggests lining up outside the dugout and tipping caps to the opposing team as a way to handle postgame sportsmanship.

“We’ve come up with Imaginary high-fives, and we’re emphasizing the thumbs-up,” Matthews said.

To eventually get back to games and even have fans attending, Boet looks at three different scenarios. “There would be those with 30 or less for gathering, which is about what it would take to put on a game,” he said. “Then there would be 50 or under, and then over 50.”

“Coaches have to sign a document that they understand the protocols, and have taught them to their parents,” said Matthews, whose league’s resumption of practice guidelines contain 50 points. “They need to keep them on file so I may see them upon my request at any time, or from any other board member.”

Many leagues are using platforms like Zoom to conduct meetings and keep parents updated.

And even if coaches and players are not working together in person, there are ways to teach and learn. San Ramon Little League is among those using social media, with a series of instructional videos on its Instagram account.

League officials routinely develop plans for incidents like injuries, but nothing along the severity of COVID-19.

“We have to write safety plans. In recent years we’ve had to write up serious stuff such as how to deal with head trauma,” Salmon said. “I don’t think anyone imagined having to write a safety plan for a highly contagious virus, for which so little is known about.”

In 21 years as league president, Matthews has seen most of everything, but like any of us, has never experienced this. He is no stranger to health crises, losing his father to the polio epidemic in the 1950s.

“Not in my wildest imagination; not that the entire nation and entire world would be involved in such a horrific situation,” he said.

Amid all this, the effort to put together workable guidelines and plan for eventual comebacks has produced some positive vibes.

Support from area parents has amazed Salmon. He said he could count the complaints on one hand.

“It’s mostly ‘thanks for trying,’ ‘we appreciate what you are doing,’” he said. “We surveyed parents, asking that whenever we can restart, if you would be willing to pitch in and help,” Salmon said. “We had over 100 parents respond yes, and these were not necessarily active board members.”

It may be awhile before youth sports huddles like this can happen. (Phillip Walton photo)

When schools reopen and sports proceed, these Little League attempts may provide a blueprint to high school sports. As a San Ramon Valley High-Danville sports parent, Salmon is eager for the California Interscholastic Federation’s decision regarding fall sports. A CIF news release said a decision will come by July 20.

“The next big milestone is what CIF decides,” Salmon said, adding that he finds it hard to imagine fall high school sports will go as typically scheduled.

Though game remain stalled, several volunteers work behind the scenes to get things ready. They do so under appropriate guides. All facing the big question of when that will be. When players might once again experience the good gained from playing sports.

“I played Little League in the late 50s and early 60s, and I don’t remember a darn thing about the games. But I remember the coaches and players very well,” Matthews said. “What we teach are life lessons.

“In my strong opinion not only do they need a physical outlet, but a mental and an emotional outlet. If this can’t go on, we can say we tried our damnedest.”