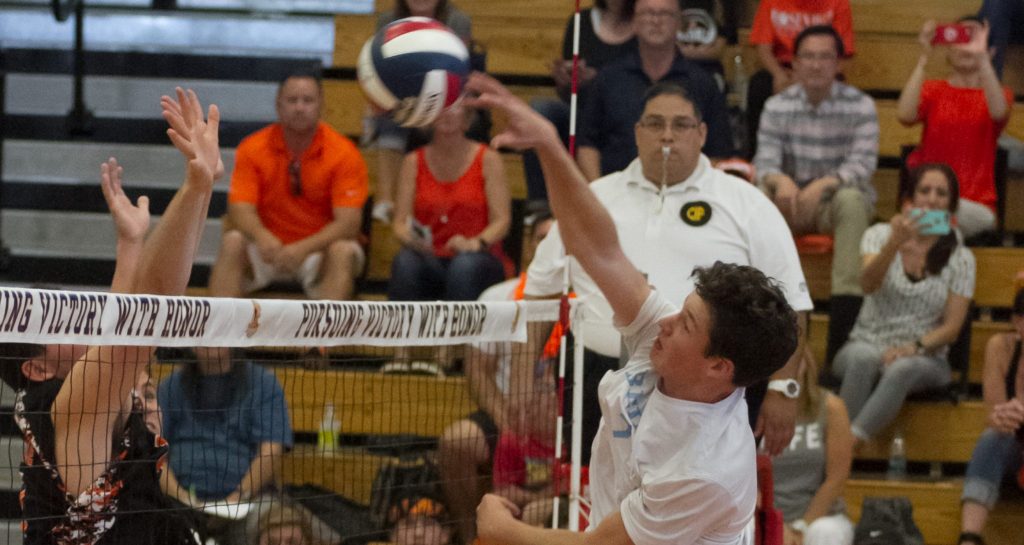 And no club is looking better the Mountain View Volleyball Club.

In the 18/17’s field, MVVC Red 18 comes in having won three of the four season tournaments. If they’re going to claim the regional title, it will likely go through the following three clubs: Main Beach 18-Jake (Santa Cruz), Northern California Volleyball Club 18-1 Asics (Rocklin) or Bay to Bay 18-1 (San Jose). The previous three teams are seeded 2 through 4, respectively, and — along with MVVC Red — are comprised of rosters featuring the best boys varsity volleyball talent in NorCal.

In 16/15’s, MVVC Red will attempt to hang on to its razor-thin half-point lead over Pacific Rim Volleyball Academy’s U16 squad. Meanwhile two Bay to Bay teams sit in third and fourth place, just 10 and 13 points back.