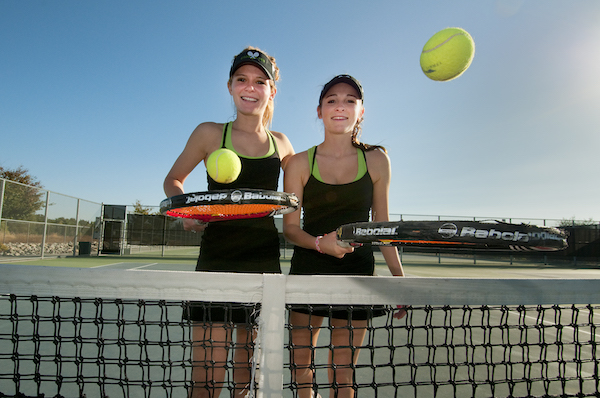 These Twins Can Help You Win!

Here’s my take on the nutritional key to optimal athletic performance: The One Thing that changes everything is Nutrition.

Precise nutrition is the single optimizer of health and performance. We are what we eat! The tough thing is that there are a zillion diets out there, or if you’re looking for DNA specific nutrition or something for your unique gut microbiome, it’ll cost you.

There are hundreds and thousands of nutritional supplements and hundreds of diets and nutrition theories. Figuring what’s best is a test. Lacking expert knowledge ourselves, we turn to experts for advice or follow our friends and chase popular fads, like in school days.

The relationships with the people in our lives are actually the primary building blocks of what we’re made of.

A lot of the new diets bring to light good points, but let’s take the Paleo Diet for instance, which basically says our modern-day diets aren’t as good as the basic whole foods diet of our Paleolithic ancestors. I love that idea! It’s basically Crossfit’s flagship diet, and it’s not necessarily new. The theory dates back to the 1890’s, but was elaborated on in a 1975 book by gastroenterologist Walter L. Voegtlin. A couple of other intelligent guys developed it further in 1985, then Loren Cordain wrote his 2002 book The Paleo Diet.

I have a natural affinity to Paleo, as a kid, I ate lots of sugar and bread that would literally put me to bed, so a lower intake in those areas has been great! But, with time, my experience has been that it is important for me to have carbs, not in the amounts that I would crave, but at least for some sustained energy through intense training sessions.

With nutrition being the primary building block of health we need to get food right if we want to feel and perform better. For good reason, we should put a lot of time and thought behind what and how we eat. Here’s a breakdown from the University of Wisconsin. Check it out – tables on food energy, advice for sports nutrition, meal planning, hydration, and foods for on the go are accessible. See the intricacy. Wow, that’s a lot to learn and account for!

The idea that “good nutrition is the building block of health” is great but there’s more.

Food is definitely a “Block,” no doubt,

but what if we focused more on

The “Building” part of

What I mean by this isn’t how much we meal plan, how much we know about specific things like ketosis or other important physiological processes, how many tables we are implementing, or if we’re eating organic vs. conventional. These are important. I am a proponent of science, but what I mean by “building” is that what if it’s more than food and…

The relationships with the people in our lives are actually

the primary building blocks of what we’re made of.

Alexandra LeNy turned me onto this profound idea when she said, “Primary nutrition is good relationships.” Until then, it didn’t even dawn on me. I was so oblivious to the fact that how my closest relationships were going actually affected me deeply. The more aware I became the more I saw it, everywhere! It was always all around me I just didn’t know because no one told me. So here’s what I began to see . . .

One day listening to Tim Grover, the founder of Attack Athletics and author of Relentless. For those of you who don’t already know, Grover is Michael Jordan and Kobe Bryant’s super successful, but still, relatively unknown trainer, I was floored at what I heard. Tim was saying that when an athlete comes to him to optimize, he takes their history, gets to know what their training is like, who their coaches are, what their diet is like, etc and he also asks, What’s going on at home?” Well, that’s a twist on nutrition. Maybe we’re onto a new diet. The Vulnerability Diet? Emotionally Intelligent Nutrition? The Relationship Regimen?

What if coaches were more emotionally intelligent, like Sam Grace, would that make a difference in player development?

Similarly to Grover (and you see the consistency here amongst the greats), Geroge Mumford who wrote The Mindful Athlete, and is known as the secret weapon behind Michael Jordan, Scottie Pippen, Shaq and Kobe, puts to practice in his people “conscious flow, the spirit of love, and less room in life for distraction.” These two men, who are literal building blocks of icons and legends see the importance of relationships in addressing the deeper aspects of their athletes. Mending relationships can bring on a new level of healing and growth. Isn’t that what traditional nutrition essentially is!

As a sports massage therapist and Rolf Structural Integration practitioner

I can testify that what’s going on in our relationships show up “in our flesh.”

In his first chapter, Mumford writes of his experience with his father, “He was raged on at the railroad, and he raged on us when he came home. No one was spared, not even the family dog.

“Basically, you did not mess with my father or engage in acts of self-expression unless you wanted serious trouble. I will never forget the day when my sister was getting married and I asked him to give me a quo Vadis haircut. He was so outraged by what he thought was a radical request that he shaved me completely bald. I attended that wedding in a veil of humiliation and anger.”

Our homes and our most committed relationships are the primary building blocks of optimal nutrition. When we’re disturbed at home we’re disrupted in body and life. Food is food, it’s not nutrition unless the proper enzymes, hormones, chemicals, and physiological processes show up at the digestion meeting. When we have blow-ups in our relationships our mental/emotional/neurological/physical center’s get disrupted and digestion as an actual process is upset and we crave unhealthy or processed foods, or our digestive process is altogether deranged.

Yes, we might physically process the food, but not in the most ideal way. Have you ever gone to practice or a competition while preoccupied with something that stressed you out? Did you show up, yes? Were you totally there? Probably not. Sometimes we can use the issue by redirecting that energy to win or achieve. But, unless we go back afterward and process the problem in a healthy way it can show up to haunt us later. Just like a bad diet.

Dr. Rolf, the founder of Structural Integration, described this mind-body phenomenon as “Literal thorns in literal flesh.” As a bodyworker, I get to actually touch people’s emotions in the flesh in where and how they hold tension, stress, or even injury. Lots of people don’t see it that way, but similar to digestive plumbing backing up, stress and emotions can congest the performance of any body function. For an injury, in the past, we’d have people rest, nowadays unless they absolutely must we get them moving asap.

These kinds of ideas don’t get enough press,

even though our relationships sustain our happiness and ultimate success,

they still don’t get enough attention. So here it is.

If there’s an optimal nutrition formula for health and success it’s outlined in the Harvard 75 year longitudinal study. The study also distilled the single ingredient to happiness.

For good relationships, it’s not money, assets, medals, positions, power, looks or social likes, but simply – love. The tricky thing is that good relationships are not necessarily defined by perfect romance or even a wedding ring – the things that the last generation designated obligations. Those are a good start but good relationships require more than surface bling, and when those ingredients are in the recipe, the reward of a good relationship is success on many life levels.

Personal relationships are similar to the coach/athlete connection. The difference is that in good relationships we need to play both roles, sometimes we need to listen, other times give advice, either way, we need to show up and play. At the end of the day what matters is that we work as a team for the win/win. Success is not only built on connection and team effort but playing both roles requires emotional capacity and ultimately creates, Respect!

In sports and in relationships there are going to be ups and downs. Your ability to take loss can benefit you if you choose to learn rather than give up. In a relationship, that may mean choosing to have compassion for others as well as yourself when mistakes are made. Losing in the present may be a moment to recall your deep reasons why like Tom Brady did in his great Super Bowl performance. Support from another human being is underrated. We need to give recognition to this phenomenon. Talk about it. But most of all be it and do it.

Good relationships often, but not necessarily always, require verbal communication, understand the power of being human, in particular using your touch. Contact and physical connection is a human superpower! Look at how this simple expression was more powerful than any science or healing gesture and the way this baby saved her twin sister. Conventional nutrition through food is good, but the power of social interactions is beginning to take the lead.

Researchers and healers are starting to become more clear on the realities between the physiological mechanisms of the body/mind connection. In a future blog related to this, I’ll write more about Stephen Porges and his Polyvagal theory and Peter Levine’s work called Somatic Experiencing.

For now, get to work by cultivating deeper relationships. This is what you can do to help turn the grit that you put into practice to overcome potential losses. Good luck! 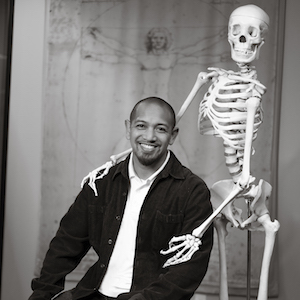 Chris combines the wonders of postural, alignment, and bio-mechanics through bodywork and structural integration to help patients get rid of pain and remain active in their daily lives. For over 10 years he has been Dublin's top sports massage therapist, working with Olympic level athletes, martial artists, NFL and college football players, high school athletes, and professional athletes looking to compete at their highest level. He is certified in Massage, The Rolf Method of Structural Integration, as well as Energy Medicine, the Emotional Body, and the dramatic effects of subtle spinal interventions. He is active on YouTube and has his own podcast. Chris staffs transformational growth workshops which he sees are an extension of the bodywork. In his spare time he enjoys training in Brazilian Jiu-jitsu, and being in nature with his family.