At some point, it’s conceivable that a team from the West Coast can become the best in the nation in boys lacrosse. We know this because St. Ignatius College Prep has provided a blueprint for that possibility.

On April 7, the Wildcats beat the No. 2-ranked team in the country, the Landon School of Bethesda, Maryland, from the sport’s Mid-Atlantic heartland.

In high school lacrosse circles, this was the shot heard ’round the world.

“We showed everyone that we’re here to play,” senior captain Nick Stinn said.

When the San Francisco school created a boys lacrosse team in 1979, there was no one to play. But as Wildcat lacrosse grows, so does the reputation of a region.

Yes, West Coast boys can play too, and the years of chiseling and grinding at the negative perceptions is paying off.

The Wildcats, and the West, have never been better. As of late April, St. Ignatius (13-1) was ranked No. 6 in the USA Today Super 25 rankings, and No. 9 by Lacrosse Magazine.

Its No. 13 finish in 2013 was the highest ever for a Western team in the LaxPower.com computer rankings — and this team could finish even higher.

“You look around the landscape in California and there are lots of teams that can compete nationally,” said Chris Packard, who is 130-14 in seven seasons as head coach.

“I’m glad it was St. Ignatius that went back there and won a big game, but there are lots of quality programs, and people are starting to understand the level being played out here.”

St. Ignatius has become a torchbearer despite playing in an area that still hasn’t fully embraced the sport.

There is no California state championship, no NorCal playoffs or even a Central Coast Section title for the Wildcats to play for.

Besides the pride and reputation that comes from beating top opponents from out of the area, the only tangible thing to win is a West Catholic Athletic League championship, and none of the other six WCAL teams are at the Wildcats’ level.

How did a barren landscape produce a burgeoning national power?

In 1979 students sought a nontraditional sport that could help build confidence. A senior, Ken Ross, knew that football legend Jim Brown had played lacrosse and approached the student activities director about forming a club.

Ross’ diligence in fundraising and seeking advice from those in the sparse Bay Area lacrosse community got the program off the ground.

An S.I. teacher had a friend who played lacrosse at Dartmouth, and that’s how future U.S. congressman John Carney (D-Delaware) became the Wildcats’ first coach.

With some used equipment and heavy hand-me-down cotton football jerseys, the “team” ran nine blocks along the avenues to Golden Gate Park each day and then practiced at the Polo Fields before jogging back to campus — a one-way distance of 1.8 miles.

It would be years before the school officially recognized lacrosse as an official sport.

Even then, its smattering of opponents were mostly infant club programs rather than other high school teams.

They practiced as if championships were at stake. That effort, dedication and preparation became a Wildcat tradition, keeping the program on top even as the sport began to proliferate the West.

The program blossomed in the 1990s and by 1999 – the year of the earliest LaxPower.com computer rankings — St. Ignatius was a fixture among the best in the state.

Since ’99, the Wildcats have won seven unofficial state titles, earned five West Region No. 1 rankings, and had two perfect seasons.

Its worst record is 16-6 in that span, and S.I. has finished among the state’s top two annually since 2007.

Roy Lang, S.I. class of ’08, was the state high school player of the year and earned first-team All-America honors at Cornell. He and former St. Ignatius teammate Rob Emery ’10, a third-team All-America at Virginia, play professionally in Major League Lacrosse.

This year’s senior class has nine who will play varsity lacrosse at four-year schools:

Stinn at Notre Dame (the No. 1 team in the country), Peter Alimam at Fairfield, Timothy Baker at Air Force, Finn Barry at Furman, Aidan Chandless at Washington & Lee, Nick Dupuis at Vermont, Grant Giuliano at Hobart, Henry Hinds at Colorado College and Ben Knaus at Trinity.

That list does not include co-captain Matt Klein, who turned down Division I offers to attend Stanford and play on its club team.

“When I came here, I was the only guy who played before high school,” said assistant coach Scott Brittain ’03. “I only played in eighth grade because our baseball season was canceled. Now, kids are playing lacrosse since second grade. You’re no longer getting the dad that picked up the lacrosse handbook and is coaching the kids. You’re getting guys who have played before and are teaching the kids the right way to play at an early age.”

One of them is Packard, a Long Island native who played at Cornell, got a job in the Financial District, and came to S.I. as an assistant in 2002.

As the program improved, the quality of the schedule has increased. There are the regular games against San Diego County powers La Costa Canyon-Carlsbad and Torrey Pines, and East Coast trips to play nationally-recognized opponents.

In 2013, St. Ignatius beat New Jersey’s Seton Hall Prep and then took on one of the nation’s elite, Chaminade of Long Island, falling just short, 5-4.

Though the 2014 team struggled by St. Ignatius standards (15-5), this year Packard created the most ambitious trip yet — to Landon and Washington, D.C.’s Gonzaga Prep, the nation’s preseason No. 1.

“It was like the point of no return,” said Klein, the senior captain. “We were sick of being the contender, of putting up the good fight. We wanted to be the team that did it.”

Landon carried an 8-6 lead into the fourth quarter when the Wildcats gathered for their final push.

“We were right where we wanted to be,” Stinn said. “We knew it was going to be a dogfight the whole game. It was just a matter of who’s going to punch back at the last second. Who’s going to get that last goal to seal it.”
Said Klein, “We weren’t going to lose. There wasn’t a lot that had to be said. Everyone just knew it.”

The Wildcats got two quick goals to tie it, then Stinn made the play of the game: scooping the ball and going coast-to-coast for the go-ahead score. St. Ignatius scored again with 30 seconds left to clinch it.

The result made USA Today:
“St. Ignatius College Prep (San Francisco) made a statement for the West Coast in boys lacrosse with a come-from-behind, 10-8 upset victory against No. 2 The Landon School (Bethesda, Md.) on Tuesday.”

The Wildcats were unable to follow it up with another stunner, losing at current USA Today No. 5 Gonzaga Prep, 12-9.

“This is the best team that we’ve ever had, or that I’ve ever coached,” Packard said. “We’ve had star power in the past, but that’s the beauty of this year’s team. The edge we have is more of a blue-collar hard-working mentality. All the guys are working for one another. Awesome leadership. Really skilled, hard-working guys who really care about their school.”

Captains Klein and Stinn grew up in San Francisco, attended preschool together, played on the same Little League teams and have been best friends for years. It wasn’t long ago when they were watching S.I. lacrosse games at Kezar Stadium and having no doubts about where they would go to school.

Stinn is a natural attacker and will play that position at Notre Dame. But when a teammate was injured, Packard asked Stinn to take over a defensive midfield role. And Stinn accepted without complaint, and has played there throughout his senior season.

“We’ve had a lot of incredible captains over the years, but they’re two of the best we’ve ever had,” Packard said. “Matt Klein chooses to decline Div. I lacrosse and go to the best school he can possibly go.

That sends a message that it’s about a bigger picture.

And Nick Stinn is, in my opinion, the best long-stick middle in the country, and he’s willing to do anything to help the team. Top down, everyone else wants to be like those guys.”

The Wildcats had long returned from the East when they played Marin Catholic on a typically foggy windswept afternoon in the Sunset District.

Berry scored eight goals, and while Marin Catholic had trouble even getting a shot off against a barricade of a defense, the St. Ignatius would slice through Marin’s defense without a care.

Stinn feinted one way and then fired a sidearm shot while going the other way for a goal. Ryan Clark floated a pass from the behind the goal to Chris Warrington, who fired a first-touch behind-the-back shot for another.

All the while, a trio of kids, armed with lacrosse sticks, fired away at their own makeshift goals behind the playing field, imitating the moves of their St. Ignatius heroes in front of them.

There was the sense that St. Ignatius, and West Coast lacrosse, was in good hands. 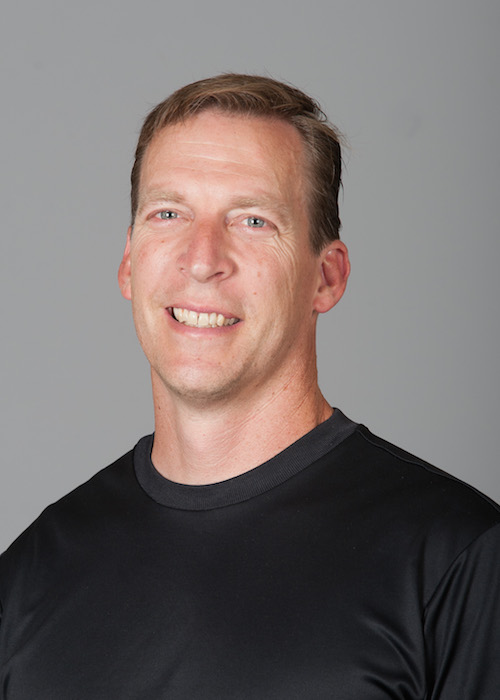 A SportStars regular, David once got his foot stepped on by Vin Scully in the Candlestick Park press elevator … sat next to Teri Hatcher in eighth grade algebra class … and once went to a school called ‘Mango’.