The dark clouds rolled in over the hills that hover past right field. Though the wind did not howl — as it sometimes can — it was still a chilly spring day at Acalanes High in Lafayette on May 14. And if you believe in omens, it did not appear the gods were smiling on the Dons baseball team for its first-round North Coast Section Division I game.

Dublin, a battle-tested opponent that had survived the baseball wars of the East Bay Athletic League, had senior three-sport star Grant Manning on the mound, an imposing presence at 6-foot-6 who carried a 2.45 ERA into the game. Acalanes countered with its exceptionally deep staff, starting with Logan Hurd and his 1.74 ERA.

The distant fences and grey skies set the stage for a classic pitchers’ duel, which went extra innings before anyone managed to score. Finally, with two outs in the bottom of the ninth, junior Cole Murgia poked a double into left field and Acalanes claimed its first-ever Div. I playoff win, 1-0. 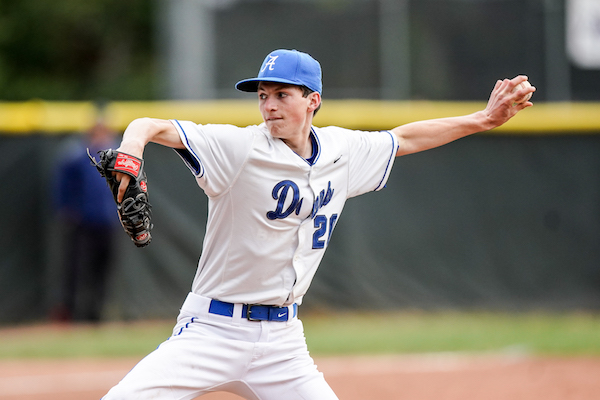 And the Div. I reference is key, because Acalanes is a Div. III school by enrollment. But after winning the NCS Div. III title in 2016, the program voluntarily moved up to Div. I — and since then, had not won a postseason game. With just one senior starter on the field, and one senior getting significant innings on the mound, lack of experience was a concern as well.

This year, though, despite that drought and youthful roster, the expectations were much higher than just getting a win. A new coaching staff came in, headed by Campolindo-Moraga grad and youth coach Clint Hoover. He inherited a horde of young talent returning from a team that won 16 games in 2018.

Still, the coaching change did not come without some controversy, and there was concern that the change in direction could disrupt the process — but Hoover and his assistant coaches smoothed out most of the potential bumps in the road and delivered a 23-win season that ended with a 5-1 NCS quarterfinals loss to No. 6-seed Heritage-Brentwood.

Prior to the game against Dublin, Acalanes was ranked 21st in the state by Cal-Hi Sports. The team’s ERA was 1.08, and though the offense sometimes sputtered, the defense, especially in the outfield, was outstanding.

“There are no big secrets,” said Hoover, who played at Cal before moving on to the professional level for two years. “We’re really balanced, though the depth of our pitching is unique.”

That was shown against Dublin when three pitchers — Hurd, Eddie Burns and Nick Kresnak — each threw three scoreless innings. And the defense was flawless, including a blink-and-you-missed-it double play with sophomore sensation Davis Diaz making a fabulous turn after a feed from second baseman Murgia.

The offense? Well, it was a boom-or-bust effort, with Acalanes scoring 10 or more runs nine times, and three or fewer eight times, including just one run total in the two losses.

Junior center fielder Nick Bamont acknowledged that sometimes the lack of experience was an issue. “It definitely has worked against us,” he said. “We’re really young.”

But countering that was the positive attitude of the new coaches. “We’re not afraid to make mistakes,” said Bamont. “We’re more involved and more engaged. The coaches want everyone to improve, whether they’re starters or coming off the bench. We look forward to being out here.” 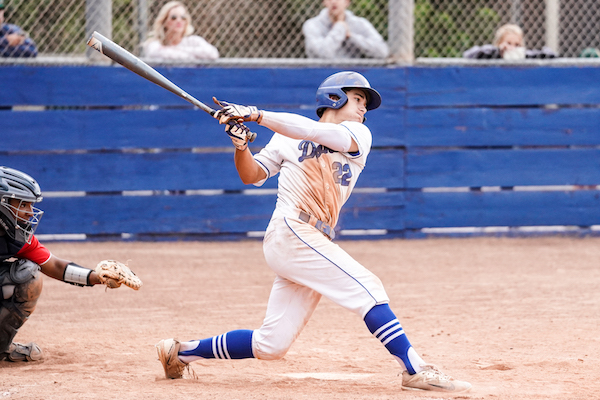 Junior Nicholas Bamont hit .324 over 25 games and was one eight Dons amass at least 10 RBI.

Kresnak, the third baseman and No. 3 hitter, agrees. “Everyone is closer,” he said, “and that’s been huge for us.”

Kresnak also pointed to some shifts in emphasis in practice.

“There’s been a lot of repetition of things that are really important for a good baseball club to do. It’s good to work on first-and-third situations so you know how to handle them when they come up, but they don’t happen that often. We took a lot more ground balls this year, and you get ground balls every game.”

Hoover, though, believes being one year older was just as critical. “Having one more year of experience,” he said, “and believing that they’re good has made a big difference.”

Of course, it doesn’t hurt to have good players. Acalanes has a lot of them, with Diaz the best of a very talented group. “His future is as bright as anybody’s,” said Hoover. “Anything you can ask on a baseball field, he can do.” 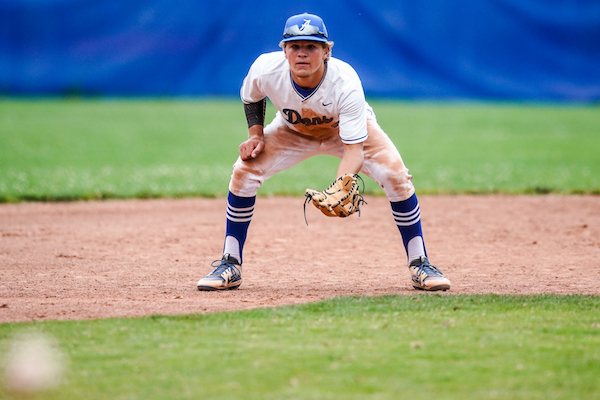 Junior infielder and pitcher, Nick Kresnak, had a team-best 30 hits while also going 6-2 on the mound.

Diaz is the shortstop, but he’s also the backup catcher and leadoff hitter. And like most of the players, he’s been involved in high-level youth and travel baseball for several years. In fact, many of the players have been competing with and against each other since third grade.

“We’ve all been together a while,” he said, “and it’s really helped us.”

As for the change in coaching, Diaz said, “Both coaching staffs were great to us, but most of us have known Coach Hoover for a while, so it was an easy transition.”

“Easy,” however, is not a word that applies to the Div. I postseason, not with No. 5 in the nation De La Salle-Concord looming on the other side of the bracket, and lots of potential land mines between that first-round win and an NCS title game. But Hoover and the Dons haven’t looked back since making the jump from Div. III.

“We wanted to stay at D-I,” Hoover said. “That’s where I want to be with this group.”

And that’s where this young group wants to be as well, as the groundwork has been laid for future success. There are talented freshmen scattered throughout the junior varsity and freshman teams, and the only issue might be finding room on the roster and playing time for those knocking on the door.