Bay Area 757
Support Your Sponsors! We Reveal Our Annual Ranked Countdown Of The Bay Area Athletes Of The Year For The 2018-19 School Year • Below...

Below are the first 55 athletes from our seventh annual Bay Area 75 — SportStars’ rankings of the top 75 Bay Area athletes of the year from 2018-19. The Top 20 can be found in a separate post. Another link to that page can be found at the end of this post as well.

The only criteria used in generating this Bay Area athletes of the year list was that each athlete must be from one of the nine Bay Area counties, and they must have played in a sport which culminated in a sanctioned section title or reached a national-level of success (i.e., won a national championship or been appointed to a youth national team). All sports fans know rankings are an opinion, and certainly subjective. They also spark debate and conversation, which is why we love them. Let the 2019 #BayArea75 debate begin now.

PRINT COPIES of the July issue featuring the Bay Area 75 will be inserted in select editions of the July 7 San Francisco Chronicle.

Anderson closed out his high school career with a dominant volleyball season. He recorded 397 kills (4.4 per set) to lead the Eagles to a 36-4 record and an appearance in the CIF Division I Northern Regional final. During the spring, he averaged 8.9 points and 8.7 rebounds on the hardwood. 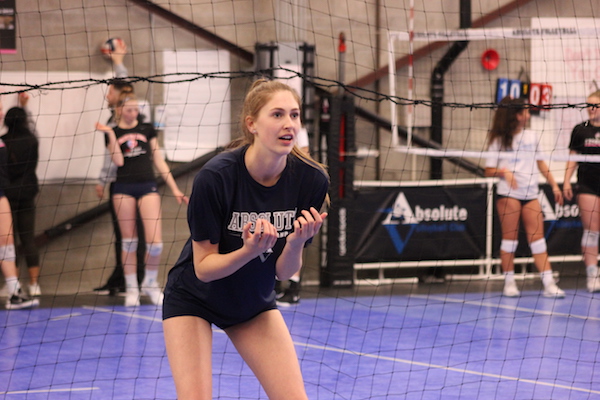 Volleyball
At 6-foot, 6-inches, the Loyola Marymount-bound Geissberger is one of the most feared hitters in the Bay Area. She was the premier hitter on NorCal’s most dominant team in 2018. She was named 2nd Team All-State by Cal-Hi Sports after leading the Wildcats to a 37-4 overall record in which they lost just 13 sets. They won the North Coast Section Div. III championship without dropping a set and reached the CIF Open Div. NorCal semifinals. 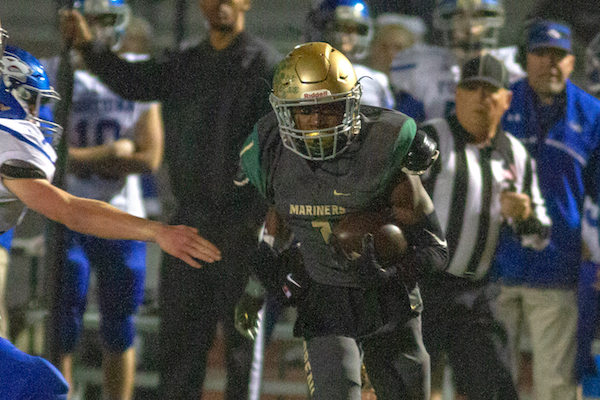 Football, Basketball
Cal-Hi Sports recently named Anderson to the 1st Team of its annual All-State Grid-Hoop team. The Weber State-bound defensive back did a little bit of everything for the 12-1 NCS Div. IV finalists. He caught 31 passes for 467 yards and eight touchdowns. He added 250 yards and two TDs rushing. On defense he had 24 tackles, four interceptions (one returned for a TD), a forced fumble and two blocked punts. On the hardwood, he averaged 11.5 points, 2.3 rebounds, 2.9 assists and 2.1 steals over 29 games.

Cross Country, Track
Wallenstrom was the feel-good karma story of the spring. Her effort of sportsmanship — stopping and encouraging a fallen competitor during the final stretch of the NCS 800 meter final — made headlines across the region. She carried those good vibes to a state championship the following weekend, winning the CIF State title in the 800. During the fall she was a Top 15 finisher in the Div. IV race of the CIF Cross Country Championships. 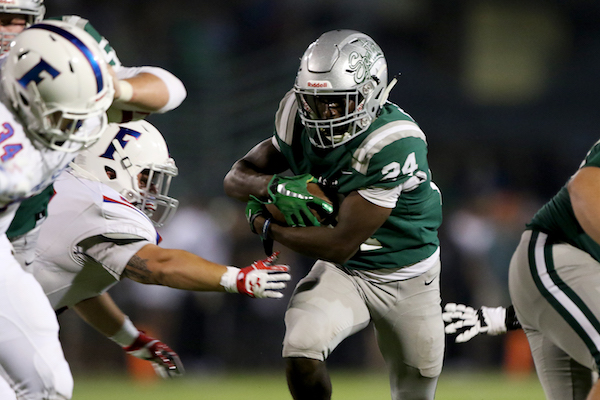 Football, Track
Garrett was a much-hyped two-way player as a sophomore in 2017, but all that promise didn’t come to full fruition until 2018. He was a SportStars All-NorCal selection after rushing nearly 1,200 yards with 16 TDs. He also racked up 255 yards as the team’s primary return specialist and tossed a pair of TD passes. On defense, Garrett had six interceptions and returned three for TDs. During track season, he ran relays and was part of the 400 meter relay team that reached the finals at the NCS Meet of Champions. 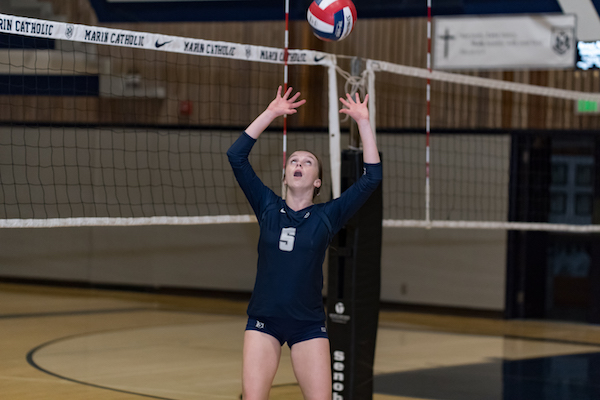 Volleyball
The Valparaiso-bound Pease was the Marin Independent-Journal’s Volleyball Player of the Year after setting new Marin Catholic records for assists all time, assists-per-set (11.1), and the Wildcat’s single-season assists record (1,200) — the latter two which broke her own record. Hers will be the biggest shoes to fill when a talented Wildcats roster looks to repeat as NCS champions in 2019.

Volleyball, Basketball, Softball
One of two freshmen to make the countdown this year, Grant is a UCLA-committed softball player who hit .500 with 51 RBI. An astounding 25 of her 42 hits went for extra bases, including 11 doubles and 13 home runs. She appeared in 23 games for an 18-win varsity basketball team and averaged 7.4 points, 5.5 rebounds and 1.2 steals. She was also a member of Aragon’s freshmen volleyball team which went 19-4. 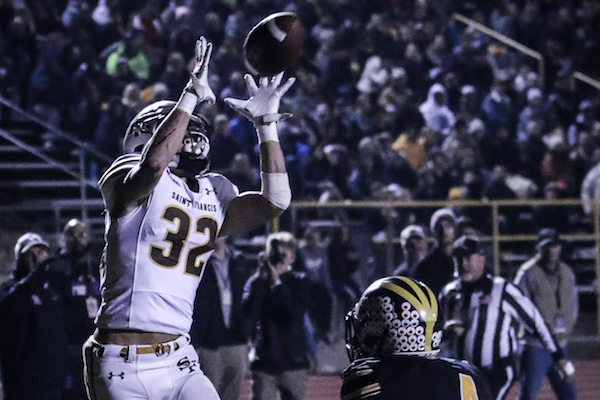 Football, Basketball
A SportStars All-NorCal selection and the West Catholic Athletic League’s Player of the Year, Williams led the Lancers on both sides of the ball but will suit up on defense for Fresno State.  The talented safety had 35 tackles (22 solo), grabbed three interceptions and added seven pass defenses in 2018. He also had a fumble recovery and a forced fumble. On offense, he had more than 850 yards receiving and 14 TD grabs. He joined the basketball season in mid-December and was a key contributor to a team that went 17-12.

Water Polo
A relentless attacker, Sternfels racked up 137 goals to help lead the Red Tailed Hawks to an NCS Div. II title in 2018. She also had 28 assists, 113 steals and 146 ejections on the season. In the NCS final against Alameda, Sterfels had eight goals, two assists and two steals in a 14-12 victory. She was recently named to the USA Water Polo Olympic Development Program’s National Team pool. 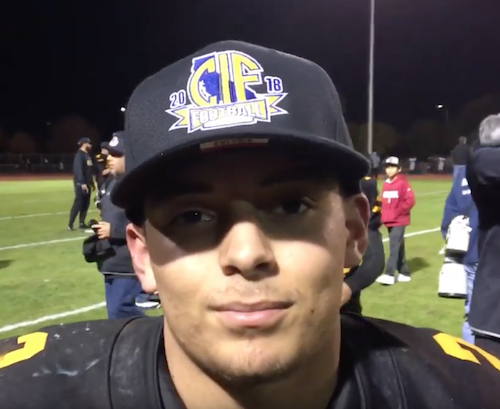 Football
Rosa was the MVP of the CIF 3-A State Bowl champions after amassing more than 2,000 yards of total offense for the Chargers. The SportStars All-NorCal selection rushed for 1,588 yards and 20 touchdowns while also catching 26 passes for 573 yards and eight TDs. Defensively he had 44 tackles and three interceptions, two of which he returned for scores. He also performed his team’s kicking duties, converting 44 of 47 PAT kicks and one field goal.

Volleyball, Lacrosse
Richardson practiced the unique volleyball/lacrosse double to great success. The Chapman University-bound setter posted 815 assists (7.9 per set), 181 digs, 42 aces and a 92.6 serve percentage for the 2018 Mustangs. During the spring, she ranked second on the team with 39 goals and added three assists for a San Marin team which finished 14-4. 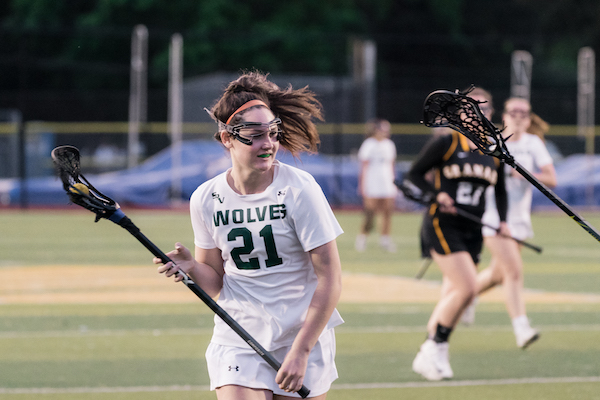 Lacrosse
Scott established herself as one the top all-around female lacrosse players in the region and has the potential to move up on this list over the next years. She posted a team-best 72 goals and added 27 assists for a Wolves team which posted a perfect 22-0 season en route to an NCS Div. I title. Her shot percentage was near 80 percent and she also forced 34 ground balls on defense. 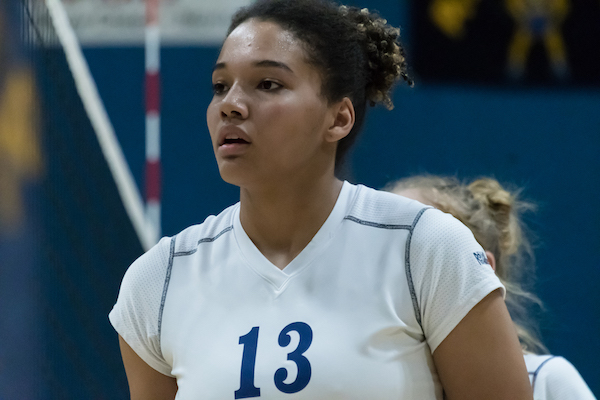 Volleyball
Parker will suit up for Colorado in the fall. She brings an impressive resume to the Pac-12. Parker pounded out 531 kills in 2018, which was the sixth-best total in all of NorCal among stats reported to MaxPreps.com. She averaged 5.6 kills per set and could do more than just hit. Parker also had 50 aces, 57 blocks, 270 digs and fielded 427 serves.

Water Polo
Flynn returns to the countdown for a second straight year, moving up from No. 69 a year ago. She repeated as the Central Coast Section Player of the Year as she led Leland to a 27-2 overall record and a CCS three-peat. The UC Irvine-bound 2-meter talent scored twice in an 11-2 rout of Soquel in the CCS Open Div. final.