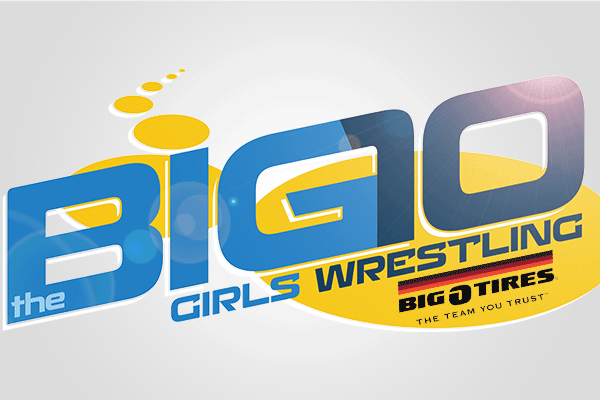 This is an installation of our Big 10 Project: A 10-months-long anniversary project to celebrate what will be 10 years of SportStars this June. From January through October, we’ll be releasing lists of the Top 10 players and teams of the SportStars Era from across several sports. Many will debut in our monthly editions while many others will be exclusive to SportStarsMag.com. Big 10s that have already been released: Girls Volleyball Players, Girls Golfers, and Boys Wrestling.

Girls wrestling is an exceedingly fast growing sport throughout the world, and meteorically rising in California after 10 consecutive seasons as a CIF sanctioned championship sport. It’s convenient timing for this list of the top 10 NorCal wrestlers of the last decade, chosen for repeated success, international prestige and extreme talent.

The girls listed here combine for 35 California Interscholastic Federation medals, including 11 CIF championships. And two of them are current underclassmen.

Perhaps the best Sac-Joaquin Section wrestler until Lillian Freitas enrolled at Pitman-Turlock, Coscia is a four-time CIF medalist and two-time champion who won two tight matches in the state finals. Coscia went on to enroll for Women’s Collegiate Wrestling Association juggernaut Campbellsville University in Kentucky, the No. 1 program in the NCAA. Coscia was 2-2 in the 2020 WCWA National Championships.

One of eight four-time medalists on this list, Espinoza is the pride of the NCS. She was a CIF runner-up in 2015 and won the 2016 title with a first-round pin. Espinoza went on to wrestle for NCAA-power King University (Tennessee), earning All-American status in 2018 when she placed eighth at the national tournament. She’s also a four-time high school All-American.

The national freestyle champion and Cadet World participant is now a two-time CIF champion after pinning five straight opponents in the 2020 150-pound bracket. Freitas has Olympic aspirations and is expected to become the next four-time state champ, after three-time champ Cheyenne Bowman of Rowland-Rowland Heights wraps up her career.

The four-time CCS champion won four CIF medals (she and Jasmine Mendoza of Overfelt-San Jose are the first to ever do that), including two golds. She was also a cadet national champion and eighth at the 2013 Cadet World Championships in Zrenjanin, Serbia. If the collegiate world was a little more prepared for women’s wrestling in 2014, Lee may have made an impact there, but she elected not to wrestle in college.

The most controversial selection on this list is easily Elor, who has only competed in one prep season and elected to not enter the 2020 postseason as she trained for the Cadet World Championships. But since she’s a national champion and a 2019 Cadet World bronze medalist, this wasn’t a list we could present without her. Elor also achieved unparalleled dominance at the CIF championships as a freshman, spending only 2 minutes and 19 seconds on the mat at state. She pinned opponents in 15, 30, 17, 48 and finally 29 seconds.

Hedrick is in the same conversation as Freitas and Coscia. She’s a four-time state medalist, three-time finalist and two-time champion (2016, 2017). Hedrick also earned a scholarship to wrestle at national powerhouse Simon Fraser (British Columbia), considered the No. 2 team in the NCAA. Hedrick was a 2018 U.S. Senior Open champion, and was a 2019 Pan American Senior Championships gold medalist. She’s also a WCWA All-American.

One of the pioneers of girls wrestling in California, Mason earned tremendous accolades during her career at Woodcreek. She was a four-time CIF placer, winning the tournament her sophomore year. She was runner-up as a junior and senior and went on to wrestle for Simon Fraser. This year, she wrapped up her junior season by placing third at the WCWA Women’s National Championships.

Garibay is already one of California’s best NCAA products. The four-time CIF placer and 2019 champion made a statement during her true freshman season at Colorado Mesa University. She reached the 2020 WCWA finals, earning runner-up and All-American status. Garibay is also a two-time kids Pan Am Champion.

Piearcy is a three-time collegiate All-American who won four state medals in high school. She is a three-time WCWA place-winner at Menlo College. Piearcy helped Menlo earn the 2019 team title by winning the 136-pound title in 2019. She was poised to repeat national championship honors in 2020, until the NAIA championships were cancelled. Piearcy holds the record for most single-season wins in Menlo history (28).