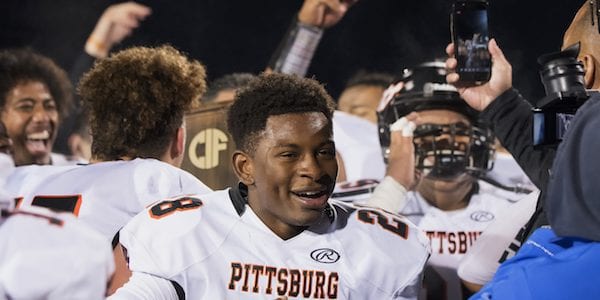 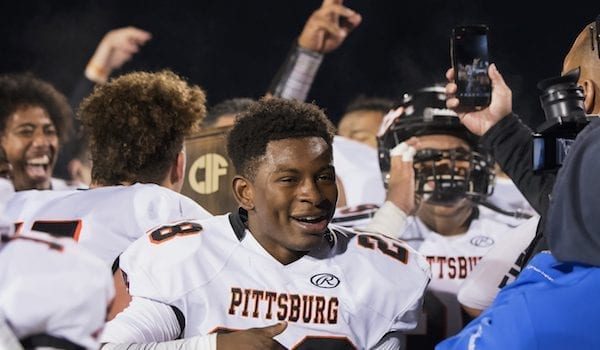 In Light Of State’s Recent COVID Resurgence, CIF And Majority Of Its 10 Sections Shift To Two-Season Format Running From Mid-December To Late June •

In the end, it’s a road map. A set goal. Really, that’s the best way to view Monday’s news that CIF sports will be sidelined until mid-December.

Until the current coronavirus outbreak in California is under control — and students are back on campus at a majority of schools — that’s really all it can be. As a set goal, it’s encouraging for athletes and coaches to see and strive for. As a road map, it’ll have its share of twists, turns and detours.

In a decision that was hardly a surprise to most, the CIF announced July 20 that it won’t begin its 2020-21 calendar until at least December. The remodel basically takes the traditional three CIF sports seasons and mashes them into two. Nine of the state’s 10 sections plan to follow the model with calendars that primarily begin Dec. 14 and run through June 26.

The Northern Section, composed of several counties with smaller infection numbers, is the lone holdout. Its commissioner, Elizabeth Kyle, told reporters Monday that the section’s regular fall sporting season would commence as soon as local health officials deemed it safe. Those section schools would do so knowing they may not be eligible for any CIF postseason play.

In early June, there was some brief hope throughout the state that fall CIF sports could proceed as normal. Many football programs were conditioning in their “camp pods” of 12. But a resurgence in covid cases across the state, along with a rollback in state-wide reopening phases, led to an obvious realization that “normal” would not be achievable by mid-to-late August.


“About two weeks ago we began to get the feeling that things were changing as far as numbers,” North Coast Section commissioner Pat Cruickshank said Monday. “In returns from our surveys, we really got the sense that schools weren’t going to be in traditional sessions.

“It would be really difficult to put students in an athletic situation if they aren’t in a school situation.” 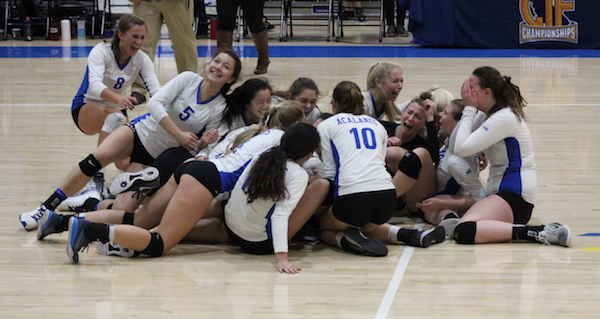 During his daily briefing on July 17, California Governor Gavin Newsom mandated that all schools from counties on the state’s “watch list” (those counties experiencing consistent case surges) begin at 100 percent distance learning until the county can stay off the list for 14 consecutive days. At that point, the writing was on the wall.

Even before Newsom’s announcement, Cruickshank said that approximately 70 percent of NCS schools returned surveys stating they’d be in full distance learning or some sort of hybrid.

“Schools have enough going on right now, and academics are number one for them,” Cruickshank added. “In conversations with superintendents and principals, there was an overriding theme that sports isn’t the top priority. There was a lot of ‘We have to figure out how to make schooling work. Getting sports pushed back a little bit, that would help.’ When you hear that from your schools, it means a lot.”

The announcement to postpone the CIF sports calendar will alleviate some of that pressure. Pushing the first season — which CIF is calling the “Fall season” — clear to December also buys time. Time for schools to plan on how to implement the ambitious plan, and time for a safe environment to emerge.

Primary fall sports will include football, cross country, water polo and boys and girls volleyball. Boys volleyball is traditionally a spring sport. December 14 will be the official practice start date for most of those sports throughout NorCal. The first competitions will happen as soon as the calendar turns to 2021. Spring sports have practice start dates ranging from Feb. 26-March 22 and include basketball, soccer, baseball, softball, wrestling, track, swimming, lacrosse, boys and girls golf, and boys and girls tennis. Basketball, soccer and wrestling are traditional winter CIF sports that conclude by mid-March. 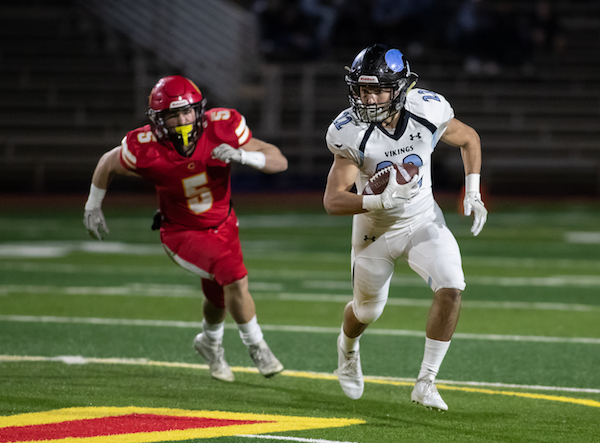 The Northern Section’s decision to stick to a traditional schedule means Pleasant Valley and Chico High may play their cross-town rivalry during the actual fall. (Michael Turner photo)

The CIF believed a two-season model over six months provided a better chance at giving each sport a full season. Also, because seasons would overlap with traditional club seasons, the CIF temporarily removed its bylaws prohibiting athletes from simultaneously competing for their club and high school teams.

“We wanted to try to make the season length of each sport as ‘normal’ as possible,” Sac-Joaquin Section Assistant Commissioner Will DeBoard said during a Monday video conference with reporters. “We know that it makes it more difficult on AD’s and multi-sport athletes, especially at small schools, but we thought it was the best alternative.”

Provided programs can construct a full schedule, each sport will have the same number of games it would in a standard year. Playoffs won’t be the same, though, especially at the state level. Team sports that traditionally culminate in state titles will only have a one-week regional tournament.

“I feel CIF and the section offices did the best they could with all the scenarios they were facing,” Leo Lopoz said. Lopoz is the Vice President of Athletics at De La Salle and commissioner of the East Bay Athletic League. “It’s not a perfect equation for any one sport. Everyone had to give up something.”

“As an AD, managing 17 sports in the spring is going to be challenging,” Concord High athletic director Megan Coddington said Monday. “There will be more spring sports in 2021 than we have in any of our traditional seasons. When you’re looking at facility use between practices and games, there’s a lot of questions that will have to get answered.”

Dougherty Valley-San Ramon principal Evan Powell also listed facilities as one of the plan’s most daunting challenges. He hoped some schools would be able to get assistance from their community to potentially use city facilities as well.

“There’s a lot up in the air. Our first goal is to get all of our kids on campus as soon as possible,” Powell said. “At the same time, we’re going to respect our community and work toward protecting each other.

“The beauty of this (sports) plan is that we’re able to provide hope for our student-athletes. It shows them that they can still perform and there’s a safe plan in place for them to accomplish what they want to do this year.” 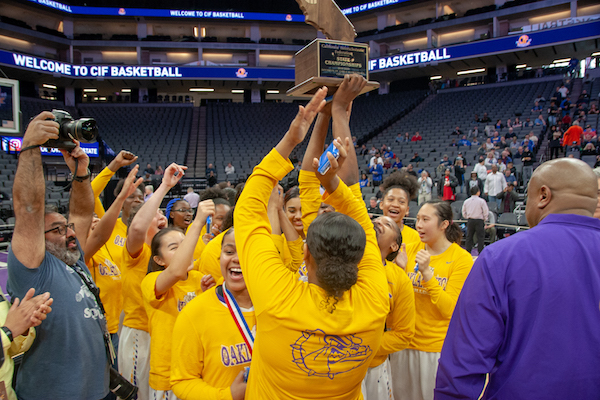 Optimism will be a good thing. But as long as coronavirus remains a serious threat, it will be guarded optimism at best.

“I would be shocked if anybody involved in this didn’t think there was still a shot it may not happen,” Lopoz said.

But there’s now a road map to follow. And that had to come before anything else.