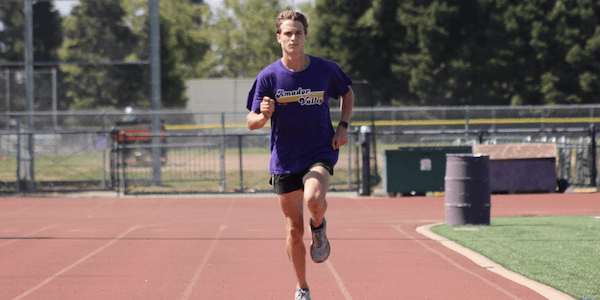 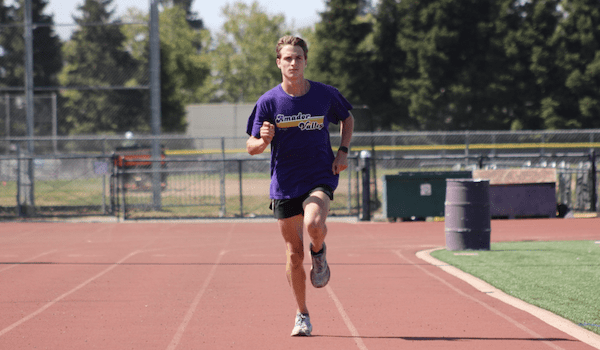 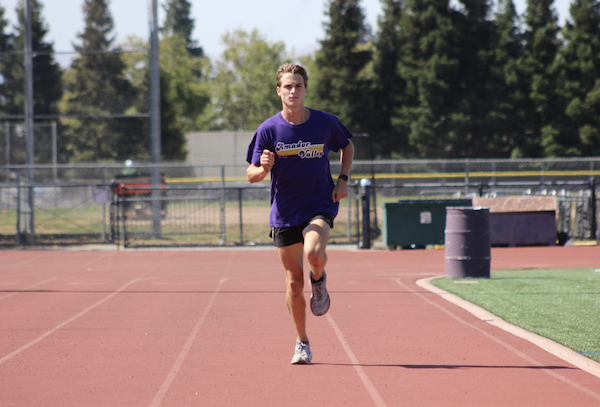 Despite Never Getting To Climb A CIF Podium, Pleasanton’s John Lester Graduated From Amador Valley Last Month As One Of The Nation’s Best High School 800-Meter Runners — Ever

The 800-meter event is one of the toughest in track and field. To be successful requires the endurance of a miler and the speed of a 400-meter (or even 200-meter) runner.

So how did Amador Valley High senior John Lester, who said he entered high school “set on being a football player and a sprinter,” end up clocking one of the fastest 800-meter times by an American high school runner in history?

“He was clearly one of our talented freshman athletes. … When he ran the 100, it was good,” Amador Valley track coach Jason Oswalt said. “Pretty quickly, the farther up we went with him, the more success he was having.”

Lester was a football player and a successful 400-meter runner as a freshman. Then a track teammate’s father started talking to Lester about joining the Dons cross country team instead of playing football.

“Very hard,” said Lester about his decision to bypass football. “It was something that I thought really hard about … I just decided to just go for it and didn’t look back.

After that cross country season, he clocked a time of 2 minutes, 4 seconds in his first high school 800-meter race ever, a time that would win a number of varsity races. As a junior in 2020 — after the pandemic wiped out nearly all of the track and field season — he ran a high school national-leading 1:48.26 to win the fastest heat of the 800 at the Desert Dream Last Hurrah Invitational in Arizona.

But that was just a prelude to what Lester accomplished this June.

Lester produced the seventh-fastest mark all-time for a United States high school athlete in the 800, according to milesplit.com, when he won his heat of the Stumptown Twilight meet on June 3. His high school national-leading time of 1:47.65 against professional and unattached athletes is also the third-fastest in California high school history.

Only five high school runners in the nation have ever run faster.

“An 800-meter runner has to be pretty fearless … John is definitely fearless,” said Stanford assistant coach Ricardo Santos about the Cardinal signee. “You put your body through a lot of pain.”

In fact, Lester bolted out to the lead in the first 150 meters of that race on June 3. He was only passed briefly between the 200- and 250-meter mark. He crossed the 400-meter mark in 52.7 and increased his lead to approximately 20 meters until the final 200, when the pack came slightly back to him. Lester still won by a huge .67 of a second, and was the only runner in the heat under 1:48.

“The first 400 kind of went by like in a blink of an eye, and all of the sudden I was racing and the clock said 1:47,” said Lester, who had the seventh-fastest overall time out of the four heats. “I was very relaxed. I’d say mentally, it was probably the best I’d ever felt going into a race.

“(The time) surprised me a little bit. It was nice to see. But I felt really good. I don’t know how to explain it, but sometimes you kind of just get into that zone. I had visualized that race a hundred times before doing it, and it kind of just played out like I expected it.”

What Lester didn’t realize during the race was that he was facing an Olympic gold medalist. Matthew Centrowitz Jr., the defending Olympic 1,500-meter champion, ran three of the four 800 heats in Portland on June 3 as a workout, according to runblogrun.com. In Lester’s heat, Centrowitz placed sixth in 1:49.72.

“I actually didn’t know he was in my heat really until after. I think my coach mentioned it and it didn’t really register with me,” Lester said. “That was a cool thing to see after, like, ‘Oh OK, you got to race an Olympic gold medalist.’”

John Lester’s time of 1:47.65 was within range of the U.S. Olympic Trials automatic qualifying standard of 1:46.25. The top 32 American athletes would qualify for the event.

The Trials had been a goal for Lester for a while.

He proceeded to win his Desert Dream race in June, but six months later, Lester’s training came to a halt. He suffered a stress reaction in his right fibula that sidelined him for two months. After approximately a week-and-a-half of running, he had a strain in the peroneal tendon of his right foot.

“I went about nine months without running an 800, from July to April of this year, and I missed it so much,” Lester said.

But he bounced back very well, putting him into position to try to nab one of the 32 qualifying spots in the Olympic Trials 800. However, even after his Stumptown performance, Lester still needed a faster time. So he raced less than 72 hours later against professional and unattached athletes at the Music City Track Carnival in Nashville. He placed fourth in 1:48.50.

Lester’s final shot at a Trials spot came at the Hoey Invitational, a race against professionals in Pennsylvania on June 11. He was fifth in his heat in 1:48.66. The 32nd-fastest U.S. time in the 800 entering the Trials was 1:47.43, as Lester was edged out for that final spot.

His season ended July 2, when he placed sixth in the high school Brooks PR Invitational 800 with a time of 1:50.57.

Lester got used to training alone, which can be difficult for a high school athlete. But he found a silver lining in those many hours of solitary practices.

“Having COVID restrictions, in some ways, actually helped my training,” he said. “When I was able to train on my own, I was all of a sudden looking at those little bits and pieces of my form, my cadence, my strength, my turnover.

“If there was ever a lack of motivation, I would always try to pretend Ozzie was here,” added Lester, referring to Oswalt.

Lester’s mental strength has been a major plus.

“It’s a race that requires a ton of mental toughness,” he said. “Before every 800, the top two things on my mind are a) what splits do I want to hit, and then (b) this is going to hurt, you need to be prepared for it to hurt.”

His mental power extends to the classroom, as he finished high school with an overall grade point average of 4.23. It wasn’t a surprise that he chose to go to Stanford.

“That was a very easy decision,” Lester said. “It’s been my dream school since I was little. I used to go to football games there when I was younger.

“It was just always the school I wanted to go to. My junior year, I really fell in love with their psych department. I would watch lectures from Dr. Robert Sapolsky,” said Lester, referring to the professor of neurology and neurosurgery.

Chances are that many track and field fans will be watching John Lester in the upcoming years.

Phil Jensen is a member of the Silicon Valley Community Newspapers sports staff. Follow him on Twitter: @JensenPhil