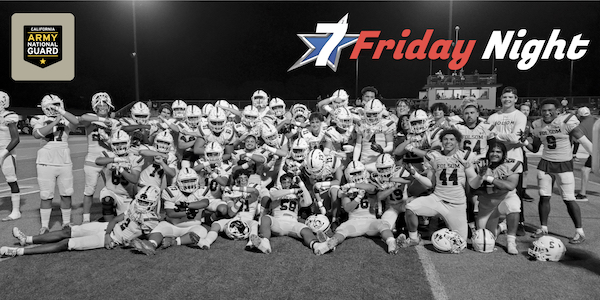 The Show Flirts With Becoming 7 Foodie Night Before Our Hosts Reel It In To Talk Folsom-De La Salle, Unbeaten Teams & Much More •

Before hosts Chace Bryson and Ben Enos dive into NorCal football conversation, Chace is compelled to rave about the tacos he had during an anniversary outing in Roseville last weekend. Ben then threatens to talk about pumpkin spice season, but good sense prevails and the pair get to their gridiron chatter.

This week there’s plenty of talk about Folsom’s big win at De La Salle. Chace also gives his impressions on San Ramon Valley-Danville after seeing the Wolves defeat Liberty-Brentwood last week. Both hosts also take some time to give shoutouts to some of the many undefeated teams that are outside of the rankings radar and don’t get talked about enough. Finally, at the end of the show, be sure to catch Ben’s thoughts on the recent story surrounding the cancelled game between Galileo-S.F. and Richmond.

Coach Terry Eidson also makes his usual stop and shares his thoughts on the Folsom-De La Salle game, and how the current season compares to some other seasons when the Spartans have faced adversity. With Jimmy Garappolo’s backpedal safety as a muse, the hosts also poll the coach on some of the most bonehead plays he’s seen over the years.

Stories From Week 5 Games Mentioned In The Show