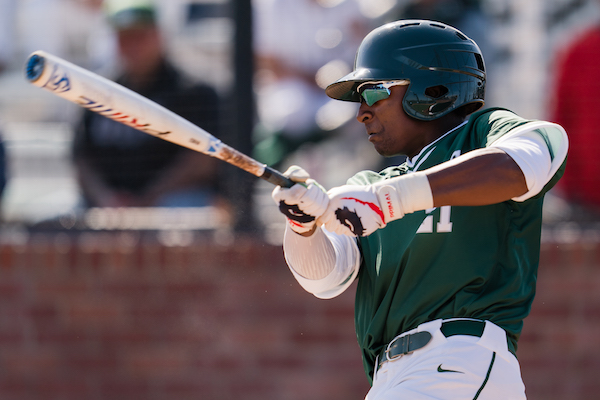 De La Salle will always be known as a football school.

For as many championship banners as the Concord school’s other sports programs hang on its gymnasium walls, there aren’t any best-selling books or Hollywood movies coming down the pike about them.

And even if that’s true, it’s hard not to take notice of what the De La Salle baseball program has been doing over the past six seasons. Since 2014, the Spartans have netted five North Coast Section Division I championships, including each of the last four. They open the 2020 season ranked No. 1 in the state and No. 3 in the nation while also carrying a 28-game win streak into the season.

Sounds a lot like the team that plays on the field located less than 50 yards from their left field foul line.

So maybe it’s also not a surprise that a closer look at De La Salle baseball coach David Jeans’ recent championship rosters reveals more than a few guys who also wear pads in the fall. The contributions of these players have ranged from reserve roles to starters, and the impact is hard to ignore at this point.

The 2014 team that began this current run included then-starting quarterback Chris Williams starting at first base and leading the team in hits, and running back Johnny Velasco hitting .397 and tying Williams for a team-best nine doubles.

This year’s roster will include at least nine football crossovers, including four who project as everyday starters.

“I was a football-baseball guy, and (De La Salle football coach) Justin Alumbaugh was a football-baseball guy,” Jeans said Feb. 25 as his team worked in the batting cages while a JV game occupied the Spartans’ home diamond. “We like the toughness and the athleticism — and I’m not saying baseball guys aren’t tough. But the crossover guys, there’s something to be said about strapping on football gear and having to go across the middle against (mythical national champion) St. John Bosco.

“Charles McAdoo had to tackle (6-foot-4, 235-pound Clemson-bound quarterback) DJ Uiagalelei. There’s a toughness and a spirit and a fight in them. We like that mentality, and we try to play that way as baseball players. We teach the same process.”

Two of those crossover guys, McAdoo and Vince Bianchina, will hold down the left side of the infield and be key members of the De La Salle baseball team’s senior leadership.

Shortstop Vince Bianchina tracks a ball off the bat during a Feb. 22 scrimmage with Valley Christian-San Jose. (Jean-Paul Toshiro photos)

Bianchina is in his third year of varsity and his second as the Spartans’ shortstop. He’s committed to Northwestern after hitting .419 in 27 games last season. San Jose State-bound third baseman McAdoo appeared in all 30 games last season. He hit .333 and finished third on the team with 26 RBI.

Both believe their football experience has played a key role in their baseball contributions.

“Football did a good job of teaching us how to lead,” Bianchina said. “It also did a great job of getting McAdoo and I stronger and faster. Both sports create an awesome work ethic both on and off the field.”

Kyle Harrison is another senior leader on this roster. He’s a baseball guy, and a really good one. The left-handed pitcher will be the team ace this spring before moving on to UCLA or a Major League Baseball organization.

He sees the impact the football guys bring to the table.

De La Salle senior Kyle Harrison was the SportStars NorCal Pitcher of the Year as a junior.

“Having them helps the culture a little bit,” Harrison said. “It helps discipline and helps the whole maturity of the team. Having their presence and the work ethic that football instills in them, it carries over to baseball.”

It doesn’t hurt when they can hit like Bianchina and McAdoo. Two-thirds of the De La Salle baseball starting outfield will feature football guys, too. Left fielder Keoni Coloma hit over .380 in 24 games last season. Sophomore Zeke Berry, who emerged as a young receiving talent in the fall, appears to have won the centerfield job.

Junior right fielder Blake Burke, a baseball guy, begins his third year of varsity. He led the team with four homers in 2019 and finished second in RBI (28).

Harrison, Burke and the three football seniors are part of a group that has only known vast success on the diamond.

Does Jeans worry if they can stay hungry? “No. Every year is a new puzzle for us,” said the coach who has compiled a 180-48 record through his first eight seasons with the Spartans. “They tend to find their own story, and we talk about that. They wanted to go pinstripes this year and we were like, ‘That’s last year. That’s over. This year we’re going to do new uniforms and create our own story.’”

Harrison said he and the other seniors are pitching a similar message to the younger core.

While Harrison is a thunderbolt at the top of the rotation, many of the new contributors this season will be pitchers. If a Feb. 22 scrimmage with fellow NorCal-power Valley Christian-San Jose is any indication, the Spartans ought to be OK in that department.

Seniors Cameron Barger, Mason Carvacho, Jack Pogacar and Carter Stevenson all seem poised to make impacts from the mound. Incoming junior transfer Johnny Burns may be a factor as well.

Senior right-hander Cameron Barger is expected to make an impact on the mound this season for the Spartans.

If things fall into place, the Spartans could find themselves with a chance to make history come the final weekend of May. Another NCS title would be five in a row for De La Salle baseball, which would be a section-wide first. It would also tie the Spartans with small-school St. Bernard-Eureka for the most NCS baseball titles all time with 13. (Assuming St. Bernard doesn’t win the Div. VI title this season).

But leave it to a football guy to assure that this group isn’t ready — yet.

“I’m just trying to get this next class ready for what we need to go through,” McAdoo said. “We say the little things count, and that’s what’s going to work for this team. We need to just keep working hard, stay active and do what we’re doing.”

Tackling shouldn’t be required. But the Spartans have some guys, if needed.