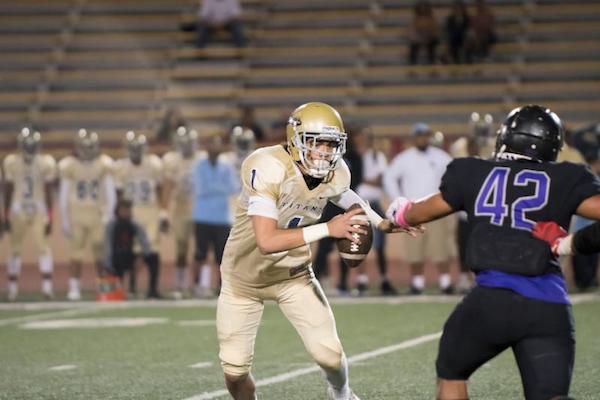 LeVelle Bailey received potentially his last All-State honor as a high school athlete in late June when we named him SportStar of the week and Cal-Hi Sports named him 1st Team Grid-Hoop All-State.

The Grid-Hoop All-State teams are comprised of California’s top performers in both football and basketball.

Bailey was a two-way player for the Burbank football team, passing for 1,405 yards and tossing 20 touchdowns and just four interceptions.

He added 722 yards rushing and 15 TDs while also mixing in one touchdown reception. He collected 81 tackles on defense with six interceptions.

Photo: James K. Leash
MPSportStar Of The WeekTicker
← Previous Story Fortify Your Wins With Your “Why”
Next Story → Bay Area 75 Rankings: 2018-19