Grads Focus on Technique, Mobility at “The Foundation”

Daniel Adler’s training facility is known as The Foundation: House of Movement for a good reason. His goal is to get young athletes to move the right way.

Workouts at the Concord facility are about “building capacity” in an athlete’s body to enhance movement and strength. To explain maximizing your potential mobility, Adler lays it out in tech terms. 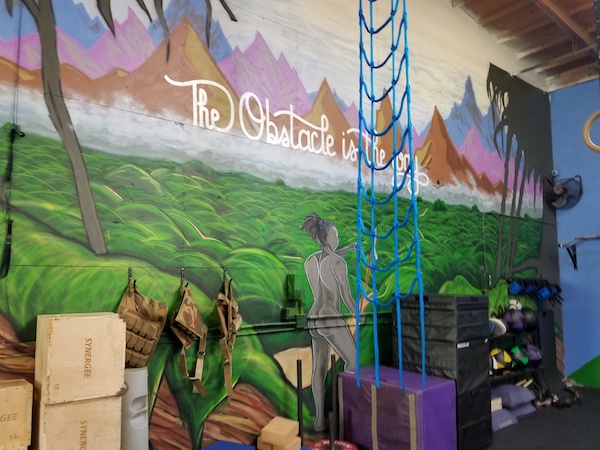 Inside Daniel Adler’s The Foundation: House of Movement

Mobility is a focal point at The Foundation, which opened in August 2017. Daily sessions are typically comprised of 45 minutes of mobility training and 45 on power and strength development.

“The power-strength part is absolutely essential,” said Adler, a College Park-Pleasant Hill graduate who also played football in the collegiate and professional ranks. “But there are so many kids who don’t have the prerequisites to even start strength training. They don’t have the proper joint angles. They say if you don’t use it, you lose it. Well, we use everything. And we use it in full range of motion.”

Adler’s optimal plan is that athletes train with him three times a week. Many are high school or junior college student-athletes; baseball players, golfers, football and soccer players. A good number are from the College Park and Diablo Valley College-Pleasant Hill sports communities.

Experiences from high school to college to the pros and then to graduate school were significant steps in Adler’s philosophy.

He began playing football for the Pleasant Hill Rebels at age 9, and honed his skills at College Park and at Diablo Valley College in Pleasant Hill. He credits Ryan Byrne, his DVC offensive coordinator, as a major influence.

Adler next played wide receiver at Northern Arizona. At 5-foot-8, he had to work harder to get opportunities. But he earned them, including playing in Germany and with the Professional Indoor Football League’s Columbus Lions in Georgia.

“I finally made a pro team, and I felt really good; all the frustration was totally worth it,” Adler said. “It was amazing to be out there, go through camp, and make a team. I finally got to play in a game in Week 4 and scored a touchdown. That was pretty significant for me to do that.”

His stay was short-lived, as he was released in Week 10 because the Lions needed an open roster spot for their depleted secondary.

Opportunity again knocked when a friend helped Adler get a two-day workout with the Las Vegas Outlaws of the Arena Football League in 2015. Despite a practice squad offer, he reached the conclusion his playing career was over.

“I was in Vegas for a week and I realized I was done playing football,” he said. “I just put way too much energy into this, and I don’t want to continue to put energy into something that is not giving back. You see the pinnacle and what you are capable of doing, and at best, I’m a good Arena receiver. Which is cool.”

Adler spent “one long, depressing summer” trying to figure out what was next. That turned out to be graduate school at Mills College, where he earned a Master’s degree in Management. He was intrigued by many aspects of athletic life, including mental health and the mental approach to training. Prompted by his own post-playing career struggles, he wanted to find ways to help athletes who experienced frustration and depression in their athletic and life pursuits.

Effective Power-Strength is The Foundation

“I want to train, but I really want to integrate philosophy and give kids a more accurate framework of how they go about their stuff,” he said. “It saw evident that mental health was really bad …  and I wanted to be part of the solution, I didn’t want to be part of the problem.”

The Foundation name came from Adler’s original business partner and College Park classmate, Travis Raciti. Raciti played at San Jose State and in the NFL with Philadelphia, Minnesota and Denver as a defensive end.

“We were going back and forth with ideas and my names were not very good,” Adler said. “I had the idea of what I wanted to do. One day he just said ‘The Foundation’ and that’s so strong. There are different ways why we are the Foundation. Simple and strong. It stuck.”

Enhancing mobility, effective power-strength training and a proper mental approach have led to a sense of accomplishment from his students, he said.

“They are telling me that they feel better, they are telling that they just have more range of motion,” Adler said. “They are not so stiff. An injury is when the load placed on the joint is larger than the capacity to absorb that load. You push on a joint and that joint’s able to move, it won’t get hurt. But if you can’t articulate that joint, then there you go, you’re hurt. Mobility really allows you to do more variation and you’re just more adaptable to whatever’s happening.”

He’s seen the benefits of training for trainees and is excited College Park junior centerfielder Primo Rodriguez committed in October to play at Sacramento State. His goal is to build more success stories and grow The Foundation.

“I want to have at least 40 kids in here a week,” Adler said. “It’s so important in our community to have a conscious training place that is determined to get this stuff right. Cut down on injuries, Get kids to have a better framework going into high school. I would like to build a gym somewhere in the East Bay, from the ground up. That’s my goal.”

It sounds like a solid Foundation has been set. 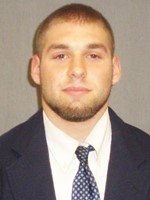 Academic Notes: Major is sociology with a minor in communication studies. 2010: Saw action in 10 games. Had two receptions for seven yards. Led team with 14 kickoff returns for 19.2 per return average with a long of 41 yards against Sacramento State (Recorded four returns for a season-high 103 yards against the Hornets)