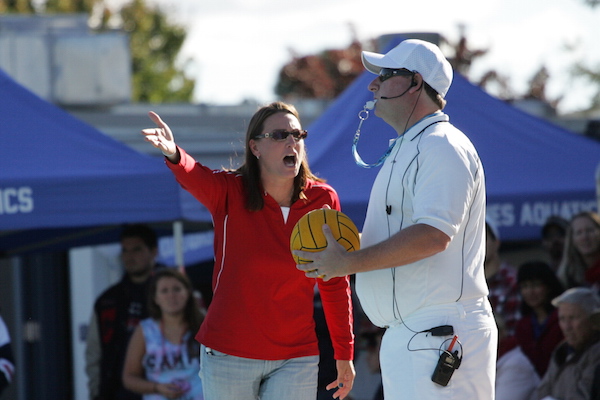 On Jan. 11, the California Interscholastic Federation released an op-ed about high school sports officials. It was emailed to the various media outlets throughout the state which still cover high school sports. (It’s not as big a list as it used to be).

The title of the editorial was: Dear Mom and Dad, Cool It.

The subject matter dealt with a rapidly declining population of high school sports officials across California. The biggest reason for the decline? Adult behavior.

True story: I’ve spent time behind the officiating whistle. Quite a bit in my younger days.

I was a Little League umpire during my high school years, and progressed to youth basketball. While attending Humboldt State University, I joined the Six Rivers Basketball Officials Association and began working high school games.

I enjoyed all of it, but the job definitely challenges one’s ability to endure criticism.

And criticism is fine. Abuse is not.

We gain no favor with CIF for running it here. I simply feel it’s an important issue and deserving of the space.

So, here we go. Be kind out there, folks.

If you are the mother or father of a high school athlete here in California, this message is primarily for you.

Dublin coach Tom Costello talks to the referee during the game against Miramonte on Tuesday, February 12th, 2013. (Photo by Ali Thanawalla)

When you attend an athletic event that involves your son or daughter, cheer to your heart’s content. Enjoy the camaraderie that high school sports offer and have fun. But when it comes to verbally criticizing game officials or coaches, cool it.

Make no mistake about it. Your passion is admired, and your support of the hometown team is needed. But so is your self-control. Yelling, screaming and berating the officials humiliates your child. It annoys those sitting around you, embarrasses your child’s school and is the primary reason California has an alarming shortage of high school officials.

It’s true. According to a recent survey by the National Association of Sports Officials, more than 75 percent of all high school officials say “adult behavior” is the primary reason they quit. And 80 percent of all young officials hang up their stripes after just two years of whistle-blowing. Why? They don’t need your abuse.

Bishop O’Dowd’s Aisia Robertson is focused on her conversation with the referee during an 2012 NCS championship game. (Photo by Bob Larson)

Plus, there’s a ripple effect.

There are more officials over 60 than under 30 in many areas. And as older, experienced officials retire, there aren’t enough younger ones to replace them.

If there are no officials, there are no games. The shortage of licensed high school officials is severe enough in some areas that athletic events are being postponed or cancelled. This is especially true at the freshman and junior varsity levels.

Research confirms that participation in high school sports and activities instills a sense of pride in school and community. It teaches lifelong lessons like the value of teamwork and self-discipline. It also facilitates the physical and emotional development of those who participate.

If the games go away because there aren’t enough men and women to officiate them, the loss will be infinitely greater than just an “L” on the scoreboard. It will be putting a dent in your community’s future.

If you would like to be a part of the solution to the shortage of high school officials, you can sign up to become a licensed official at HighSchoolOfficials.com.

We want to hear you on this.