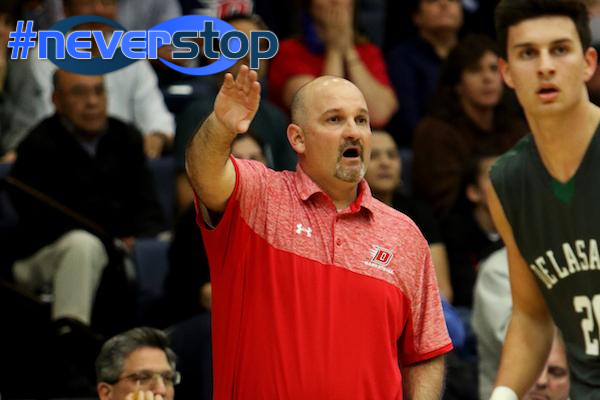 What is it about sports that shapes you?

There’s a hot, summer day in July 1998 that will forever be etched in my brain. I had recently completed my college playing career and was now a young, aspiring basketball coach trying to soak up as much knowledge as I could. I was fortunate to be chosen again to be a coach/counselor at the Lavin Basketball Camps, a sleepover camp at Pacific Union College in Angwin.

More than 250 eager campers and 30 enthusiastic, passionate coaches made it a basketball junkie’s heaven. This was my second summer with the Lavin Camp. One Tuesday, the camp was treated to a special guest, the legendary John Wooden. After 30 minutes in a gym full of about 500 campers, coaches and parents hanging on coach Wooden’s every word, he allowed a question/answer session.

Toward the end of the session, and against the advice of some of my coaching friends, I nervously raised my hand from the back of the audience. Stuttering over every syllable, I asked the legend, “Coach Wooden, how would you handle a player like Dennis Rodman?”

His response will stay with me forever. In the most polite, eloquent, grandfatherly voice imaginable coach Wooden said ”Well, young man, I truly believe that players should be worked with and not handled.”

That was it. That was the response.

After my initial devastated feeling of being absolutely roasted in front of 500 people had subsided, it occurred to me that his words were gold. As coaches, regardless of the sport, we are so lucky to get to “work with” kids everyday.

Teenagers have an innate ability to keep you on your toes, as most parents can attest. Coaching is never boring. It is not a 9-to-5 job. Helping kids improve and reach potential within the team concept is a 24/7 responsibility. Caring about your basketball family as much as your own family is not as much of a “job” as it is a lifestyle. It is much more than what spectators view on game days. It’s all of the “unseen” hours off the court.

Coach Wooden taught me that building relationships and working with people are the most important things a coach/teacher can do. This time away from the game has given me pause to think about what I love most about sports — specifically, what I love about coaching.

It’s the purity of the game. It’s the practice and the day-to-day grind. There’s the “real life” conversations away from the court, and listening to them talk with one another. It’s the strategy sessions with my coaching staff. It’s the film sessions and the team meals. And it’s the challenge of sifting through all of the other static to find that one nugget of a life lesson that one “thinks” will help shape these boys into men who will become capable husbands and fathers. Finally, it’s celebrating their successes, listening to them and being a support system when they are at their lowest point.

Everyone loves to be part of a winner — that’s easy. It’s the attitude during the low points that a coach earns his/her keep. Can you motivate a kid that just had the worst game of his life? Can you motivate a team that just lost its 4th game in a row? It’s all of those and more.

It’s been a blessing to play for some phenomenal coaches, to compete with teammates that are lifelong friends, to work with outstanding teachers of the game and to coach some outstanding young men. I’ve also been fortunate to compete against some brilliant coaches that force me to work hard. Each of these experiences have shaped me.

Don Underwood, my coach at Amador Valley High, taught me the importance of defense, controlling tempo and sheer, fierce competitiveness. I worked for coach Gerry Freitas at the College of Notre Dame. He was a master organizer and a wizard at game management. My oldest brother Tony, who I played for at Chabot College, was the best at pushing his players to achieve their potential. He would do anything he could to light that fire.

Tom Costello talks to his players during a timeout against Miramonte in 2013. (Ali Thanawalla photo)

Tony’s players loved him because he cared so much. He was like a second father to me. When I got into coaching, we were each other’s go-to call after games. Sadly, he passed away from pancreatic cancer on Aug. 25, 2013.

When my former players come by, send me a text, or a picture of their family it fires me up. There are so many examples of experiences that shape the way one teaches. All I know is that, during this particular time in history I miss being around my guys. It’s as simple as that.

So, to answer my question that started this piece? My simple answer would be “What about sports hasn’t shaped me?” 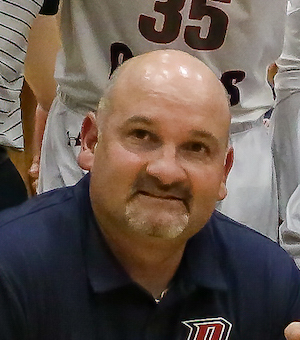 Tom Costello just completed his 14th season leading the Dublin boys basketball program. He coached Tennyson-Hayward for six seasons before that. Costello has 280 wins in his 14 years with the Gaels and his teams have posted 25 wins or more in each of the last four seasons. The 2019-20 Gaels finished No. 4 in our final NorCal Top 20 Rankings