DIVISIONAL FORTITUDE: Realignment has Capital Christian pegged to compete in a stout Div. III conference next year, but Div. V section and bowl championships are a real possibility in 2017 if Taylor can can quickly mold a 30-man roster emboldened by transfer talent into an immediate small-school powerhouse.

NAME TO NOTE: D’Marcus Ross, RB, Jr. — Already a two-year varsity starter, Ross amassed 2,246 rushing yards and 55 total touchdowns as an underclassman and is on pace to break 8,000 yards of offense in his prep career. Ross (5-10, 218) and senior running back Christian Simmons (5-11, 215) will make up the bulk of Capital Christian’s offensive production as the program develops an eligible starter behind center. Ross ran for 128 yards and three touchdowns in last year’s section title win over Colfax.

LAST WORD: Taylor expects to lead Capital Christian to greatness, and he has the talent and system in place to do it right away. The Cougars will use a tough non-league schedule to expose any weaknesses in September and bully small-school opposition into submission during the second half of the season. Expect Capital Christian to get better as players become eligible and hit full speed when Taylor needs it most. 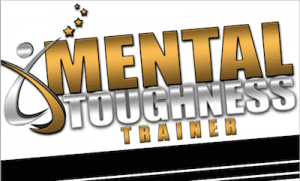