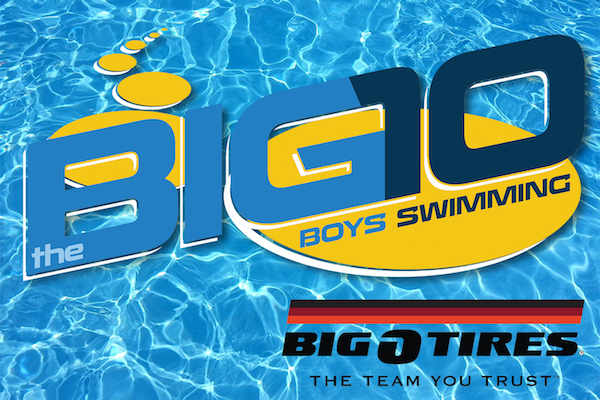 The Boys Swimming Big 10 is an installation of the SportStars Big 10 Project: A 10-months-long anniversary project to celebrate what will be 10 years of SportStars this June. We’ll be releasing lists of the Top 10 players and teams of the SportStars Era from across several sports all the way through October. Big 10s that have already been released: Girls Volleyball Players, Girls Golfers, Girls Wrestling, Boys Wrestling, and Girls Swimming.

Two of the swimmers on this list are part of the same quartet that currently holds the American record in the 200 Medley Relay. One swimmer competed at the 2016 Summer Olympics. Another swimmer owns the current national public high school record in the 100 butterfly, and two other swimmers set national high school marks in their prep careers. This list also includes NCAA, Pac-12, SEC and Ivy League champions. Finally, there are multiple swimmers on the list who have won at least three CIF State titles.

The first of three graduating seniors this season, Dillard was denied a chance to add to his already-impressive list of high school successes. Considered one of the best senior breaststrokers in the country, Dillard had the nation’s best 200 breaststroke time of 2020 before all competition ended due to coronavirus. Dillard is a six-time Sac-Joaquin Section champion and owns the current SJS record in the 100 breaststroke. He’s also the two-time defending CIF state champion in the event. Dillard heads to USC in the fall.

Between his junior and senior year, Hoppe dropped his other sporting endeavors to focus on swimming. It was a good move. After setting an SJS record in the 100 breaststroke as a junior, Hoppe returned the following year and shaved close to two seconds off the record mark. It remains the SJS time to beat. Hoppe went on to become a two-time Pac-12 champion in the 100 breaststroke and a seven-time All-American at Cal. He was a member of both Cal medley relay teams (200 and 400) that hold the current American Records.

Hu graduates Harker ranked among the top 10 senior swimming recruits in the country, according to SwimSwam.com. He’s a six-time CCS champion and holds meet records in three of the events: 100 butterfly, 200 individual medley and 200 medley relay. The butterfly is Hu’s most dominant stroke. He had 2020’s fastest high school time in the 100 fly nationwide. He’s a two-time state champion in the event and holds the CIF record. He also picked up a state title in the 200 IM. His collegiate career will take place just up the road at Stanford.

Lynch will be a controversial addition to this list because he never competed for a high school team. The Vallejo native home schooled while competing with the elite unit of the Concord Terrapins club. Lynch found his way to the cover of SportStars in the Summer of 2013 after setting the 15-16 National Age Group Record in the 100-meter butterfly at the World Championship Trials. It was a 12-year-old record previously held by Michael Phelps. He continued on to a stellar collegiate career that included 11 Pac-12 championships and two NCAA titles while swimming for Cal. He was part of the same American Record-setting 2018 medley relay team as Connor Hoppe.

Rooney was an eight-time North Coast Section champion who still holds records in three events (200 freestyle, 100 butterfly and 400 freestyle relay). His records in the 200 free and 400 free relay both set national public school records at the time. His lead leg to that 400 relay swim also set an NCS 100 freestyle record at the time. Rooney’s first two seasons at the University of Florida included five SEC championships, one in the 200 free and four relay victories. He was the SEC Freshman Swimmer of the Year in 2017. He transferred to Texas prior to the 2019-20 school year.

Sancov was an Olympic swimmer before he’d ever swum a lap for Northgate. He competed at the 2016 Games for Moldova, an Eastern European nation bordered by Romania and Ukraine. He swam the 200 freestyle and finished 34th. A month later he enrolled at his new school and began rewriting the NCS records list. He won seven NCS titles in his two years at Northgate and holds the records for both the 100 and 500 freestyles. Sancov also shares the 200 freestyle record with Rooney. He also won two state championships and holds the CIF records in the 100 and 200 freestyles. He competes for USC now.

From his sophomore year on, if Stumph was in the water there was a record in jeopardy of falling. Stumph set his first NCS record as a sophomore, breaking an 18-year-old mark in the 200 individual medley. He lowered that record the following year while also setting the new section mark in the 100 breaststroke. His senior performance at the NCS Championships featured three record swims and included setting the new national public school mark in the 100 breaststroke. While no longer the national record, his time of 53.39 seconds is the longest standing of any NCS record. He won 10 NCS titles before moving on to USC where he set the school record in the 200 breaststroke and was a two-time Pac-12 champion in the event.