Role With It | A #NeverStop Tale Of Pain, Perseverance & Payoff 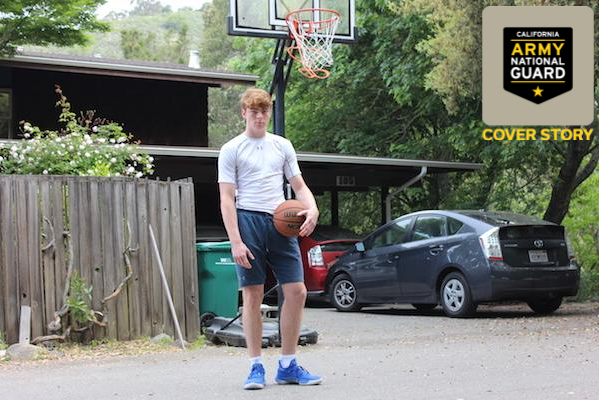 My name is Emmanuel Callas. I play basketball for the Campolindo Cougars in Moraga. This is a story about disappointment, hard work, perseverance and winning a state title.

After my freshman year in high school, my future for Campolindo basketball looked bright. The fall workouts with the team began my sophomore season, and I was playing better than ever. However, after several weeks of working out with the team, I noticed that my knees would hurt and swell up near my growth plate.

Every time I ran, the swelling got worse. I went to the doctor and got an MRI, which showed an unprecedented amount of inflammation in my knee. Through a connection, the Golden State Warriors orthopedist took a look at my MRI and could’t believe I was able to run at all.

He told me that if I kept working out as hard as I had been, the inflammation would get much worse — and so would the pain. He said I would have to stop playing at some point, and that the sooner I took care of my knee, the better.

I was down on myself, and desperate to return to playing again. I couldn’t run or put any strain on my knee. No weights, no running, no shooting. I pretty much wasn’t allowed to work out. My coach told me when I do come back, not to expect to be the player I was. He said I would need to earn my starting position, and it would take some time.

I was out for three months, and when I came back to practice for the first time, I felt like I had forgotten how to run.

We were halfway into the season. The team was just starting league play, but for me it was Day One. If I wanted to have any impact on the team, I would have to put in extra time to get up to speed. My main priority was getting on the court and helping us win games. I didn’t care about anything at that point but winning.

I ran a lot, and tried my best to get back to being the player I was. After struggling to get up to speed with the rest of the guys, I finally cracked the starting lineup. I started scoring more, getting more rebounds, and making a greater impact on the team. From where I started, the only way I could go was up.

The 2019 CIF playoffs arrived and Campolindo was seeded #2 in Division II, and we got to play all of our NorCal playoff games at home. We made it to the state final game, and our team was playing our best basketball of the year. I scored 19 points and had nine rebounds in the final, and was interviewed as the player of the game afterwards.

I learned that you can change things if you just put in the work. Coming into this season, I needed to focus on improving my skill set. My sophomore year was all about catching up, but my junior year was about getting ahead.

With the help of a couple teammates and my coaches, I learned how to put quality time into getting better. This past season, I played the best I had in awhile. Credit to the hours spent in the gym. My team and I had a successful regular season. We went undefeated in league, and competed with some of the best teams in NorCal.

This time, we were seeded 7th in the CIF Div. I bracket. We thought that was a little too low given our regular season accomplishments. We went into the playoffs hungrier than ever, looking to repeat a state title. Our first and only home game of the state playoffs was against Serra, who we beat. After that, we went on the road for three games against the 2, 3, and 4th seeded teams in NorCal.

I will remember the De La Salle game as the last game I got to play with all my brothers in the 2020 graduate class. Due to COVID-19, the state championship game was cancelled.

Looking back on it, I am proud that we sent our seniors out on a win, and gave them all we could in our last game together. Our seniors, Peter (O’Donnell), Tyler (Smith), Rex (Curtis) and Carter (Mahaney), gave their all for the whole season. We would not have accomplished our goals if it weren’t for the sacrifices they made, and everyone else on the team.

People only get to watch the games. They don’t get to see the team grind together behind closed doors. When our team has success, it is because of everyone, not just the players on the court.

Emmanuel Callas, right, grinds through a defensive drill during a practice prior to the the 2019-20 season. (Chace Bryson photo)

It is important to understand your role on a team, and do what the team needs of you to help it win. My sophomore season, after coming back in the middle of the season, I knew that I would play any role I had to for us to win. My junior year, I had the same motto, but I was just a better player.

In times like these, it’s also important to know your role off the court. If that means taking care of your family, or doing the shopping for your grandparents, then you have to accept that role. As a community we can overcome this rough time if we work together as a team. However, for a team to be successful, every single individual has to be all in and do their part.

I want to thank my teammates, my coaches, and my family for being all in, all the time. Like I said, when a team succeeds, it is because every person on that team is performing his or her role to their best ability.

My team is my brothers, my coaches, my family, and everyone involved with our group.

Individual hard work does pay off, but you need the whole team to win games. 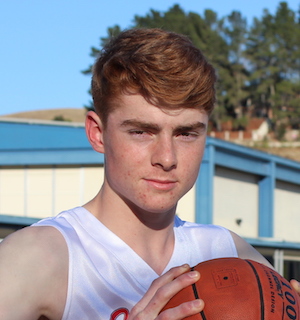 Emmanuel Callas is member of the Campolindo High (Moraga) 2021 Class. He just completed his second year of varsity basketball for the Cougars. Campolindo is 9-0 in state playoff games over those two seasons. He and Aidan Mahaney will be key leaders on the 2020-21 Cougars team.